After the Boston Bruins’ 2-1 shootout loss to the Carolina Hurricanes, the arena was transformed into a movie set for the filming of a key scene in “Stronger,” which focuses on the life of Boston Marathon bombing survivor Jeff Bauman.

At the filmmakers’ behest, hundreds of fans stuck around as the cameras recreated the emotional on-ice introduction Bauman — played in the movie by Jake Gyllenhaal — received before Game 2 of the 2013 Eastern Conference quarterfinals.

For those who don’t remember, here’s what the real-life ceremony looked like:

“Stronger,” based on Bauman’s book of the same name, is scheduled for release in 2017.

Some additional notes from a frustrating Tuesday night for the Bruins:

— The Bruins used five skaters in the shootout. Brad Marchand, the team’s leading goal-scorer, was not one of them.

Julien was pressed to expand on his strategy for picking shootout participants and added:

“A little bit of everything. We do it in practice, it?s all taken care of. With the tendencies of the goaltender, I?ve answered that question before, it?s all based on that. So if people want to use hindsight, that?s all there is, but we make those decisions, again, I think the guys that went have scored in the shootout and done a great job before but because they didn?t score tonight, we can second-guess all we want.”

Marchand, meanwhile, echoed most Bruins fans when he said he wished the shootout would not have been necessary.

“I was kind of hoping it didn?t come to that,” the winger said. “I was hoping that we (wouldn’t) get there, so I wasn?t even really thinking about it.”

— The shootout’s lone goal wasn’t scored until the 10th skater, and it came courtesy of a player who’s no stranger to TD Garden.

Hurricanes rookie defenseman Noah Hanifin, who was raised in Norwood, Mass., and played one season at Boston College before turning pro in 2015, flipped the game-deciding goal past Bruins netminder Tuukka Rask to send his hometown crowd home with frowns on their faces.

.@NHanifin is packing the #Canes championship belt for the trip back to Raleigh. #Redvolution #CARvsBOS pic.twitter.com/Zq6IDfk0nE

“It was pretty cool,” the 19-year-old told reporters after the game. “I don?t know how many of my buddies are going to be happy about it, but no it was definitely special.”

Speaking of Hanifin’s buddies, he had an unsurprising prediction for who will emerge victorious from this year’s NCAA Frozen Four, which begins this week in Tampa, Fla.

“BC, all the way,” Hanifin told reporters. “I am hoping they win it. I think all of my buddies, they went down there (Tuesday), so I am wishing them the best.” 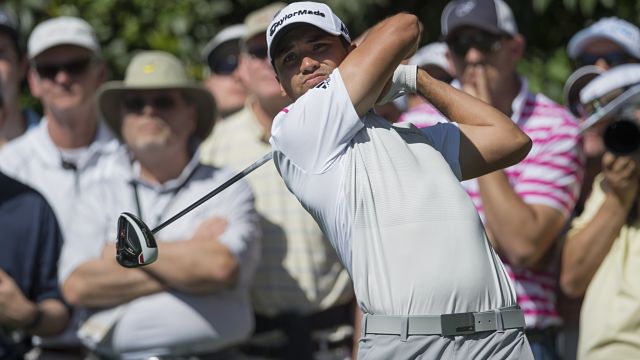