The Miami Marlins slugger battled injury issues in 2015, and a hand ailment forced him to miss half the season. Stanton didn’t return to the lineup after being hit in the hand with a pitch in a June 26 game.

Stanton made his triumphant return to the Miami lineup Tuesday against the Detroit Tigers and wasted no time making his impact felt. Tigers ace Justin Verlander cruised early, tossing five no-hit innings before the Marlins got to the right-hander. That culminated with a deep, towering blast off the bat of Stanton, deep into the South Florida night.

Verlander’s reaction pretty much says it all. The estimated difference on that moon shot? “Only” 401 feet, which seems kind of low. Then again, that ball probably had an elevation of at least 400 feet, which is equally impressive.

Naturally, the Marlins still ended up losing the game. So to recap: Stanton hit a bomb, and Miami lost. Everything’s back to normal. 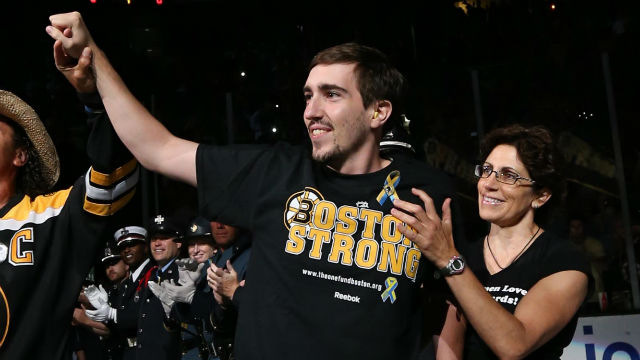