Is Johnny Manziel Actually Living With Josh Gordon And Not Von Miller? - NESN.com Skip to content

Although Johnny Manziel told TMZ over the weekend that he’s living with Denver Broncos linebacker (and fellow Texas A&M product) Von Miller, sources since have told ESPN that the free-agent quarterback actually is living with Cleveland Browns wide receiver Josh Gordon in an apartment off Sunset Boulevard.

If true, ESPN’s report would be another interesting twist in Manziel’s offseason saga. Manziel, a first-round draft pick in 2014, was released by the Browns last month after a tumultuous two-year tenure in which he made headlines more for his off-the-field antics than any on-field success.

Gordon, like Manziel, has caused headaches the last couple of years for off-the-field reasons. The Browns wideout missed the entire 2015 season after being suspended indefinitely for multiple violations of the NFL’s substance abuse policy. And although he applied for reinstatement back in January, Gordon’s status for the 2016 campaign remains up in the air.

The quarterback-needy Broncos recently were linked to Manziel, as ESPN’s Adam Schefter reported last week that Denver head coach Gary Kubiak spoke with the 23-year-old regarding a potential fit on the roster. Other reports downplayed the significance of that meeting, but it hasn’t stopped the buzz, especially with Miller showing support for his good friend.

“If I had to make my decision on it, (Manziel) would already be on the Broncos,” Miller told reporters Friday, according to ESPN.com. “But we’ve got guys in the front office that make those decisions, and they put us in championships with those decisions.

“So I’m just going to follow those guys and have those guys take the lead.”

For now, Manziel remains unemployed and living with someone, somewhere. 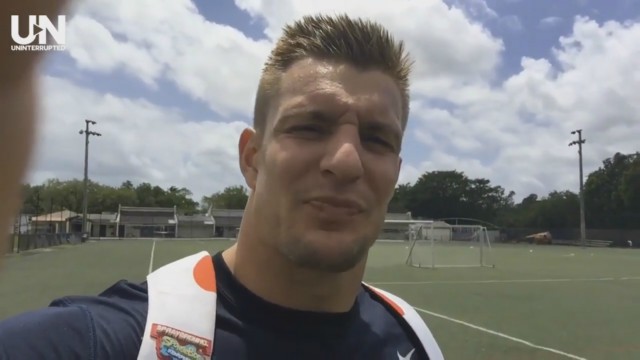