NHL Playoff Predictions 2016: Picks, Analysis For Every Round 1 Series - NESN.com Skip to content

The Stanley Cup playoffs, the best tournament in sports, start Wednesday. Buckle up and get ready for two months of thrilling games and moments we’ll never forget.

I’m sticking with my preseason pick of Capitals over Ducks in the 2016 Stanley Cup Final, but for now, let’s take a spin through some Round 1 predictions.

EASTERN CONFERENCE
(M1) Washington Capitals defeat (WC2) Philadelphia Flyers in five games
This will be a fun, physical and potentially painful series — just look at the last regular-season matchup between these teams. But the Capitals are superior in just about every facet, and they have home ice advantage. Braden Holtby hasn’t played at an elite level since Jan, 1, but he owns the league’s best playoff save percentage among active goalies with 25 or more games played.

Washington should cruise to a five-game series win behind Holtby and the No. 2-ranked offense in the league overall and No. 1 at 5-on-5. Oh, by the way, the Caps ranked fifth in power-play percentage and third in penalty killing this season. It’s a very well-rounded group.

(M2) Pittsburgh Penguins defeat (M3) New York Rangers in six games
Pittsburgh has been the hottest team in the East since it fired head coach Mike Johnston in December and replaced him with Mike Sullivan.

Not having injured superstar center Evgeni Malkin and going up against arguably the Vezina Trophy favorite in Henrik Lundqvist will be a tough task, but the Penguins should exact revenge on the Rangers for the last two playoff runs because they are a better possession team, more effective at 5-on-5 and have stronger forward depth.

(WC1) New York Islanders defeat (A1) Florida Panthers in seven games
The Panthers are a young, inexperienced team that was a poor possession group at 5-on-5 this season and was consistently bailed out by Roberto Luongo’s stellar goaltending. They also shot 8.8 percent at even strength, the second-highest in the league.

The playoffs are a different game — tighter, more defensive and extra physical. The Islanders have a good blue line, an offense that ranked 11th in scoring and the third-best penalty kill in the league.

The Islanders should barely survive in a series that should be full of one-goal games.

(A3) Detroit Red Wings defeat (A2) Tampa Bay Lightning in six games
The Red Wings are not a very good team and backed into the playoffs thanks to the Boston Bruins collapsing on the final day of the regular season. Detroit is one of three playoff teams with a negative 5-on-5 goal differential.

However, the Red Wings have more firepower up front than the Lightning because No. 1 center Steven Stamkos is rehabbing from surgery and won’t play in this series. Tampa Bay’s best defensive defenseman, Anton Stralman, currently is out as well. Lightning defenseman Victor Hedman will return in Game 1 after missing a few contests with an upper body injury.

The Red Wings should score just enough goals to squeak past the Lightning. They also likely will be motivated to win for Pavel Datsyuk, who’s likely to retire and return to Russia at the end of their playoff run.

WESTERN CONFERENCE
(C1) Dallas Stars defeat (WC2) Minnesota Wild in six games
The Wild lost five consecutive games entering the playoffs, while the Stars won eight of their last 10. Dallas has the highest-scoring offense overall and at even strength, in addition to a loaded power play that should feast on Minnesota’s 27th-ranked penalty kill. The Stars also ranked No. 3 in puck possession at even strength, per the Corsi percentage metric.

The Wild might steal a game at home, but the Stars are a far superior club and should have no problem winning their first playoff series since 2008.

Chicago has more scoring depth, led by Art Ross Trophy winner Patrick Kane, and a roster full of players with championship experience. Blackhawks goalie Corey Crawford also is coming off his best season and gives his team the all-important advantage in net.

(P1) Anaheim Ducks defeat (WC1) Nashville Predators in five games
The Ducks were the hottest team in the West since Christmas and showed they could play the type of shutdown defense required in the playoffs when head coach Bruce Boudreau decided to play trap hockey to make up for his team’s lack of scoring in midseason.

Anaheim also had the best goals against average in the league and won the William M. Jennings Trophy as a result. The Ducks’ mix of great puck possession, elite scorers in their top-six and the goaltending of John Gibson and Frederik Andersen should propel them to a quick series win.

Predators goalie Pekka Rinne must have a brilliant series for Nashville to have a chance, but it’s unlikely that will happen, given his .908 save percentage during the regular season. He also has posted a save percentage of .911 or worse in three of his four career playoff runs.

(P2) Los Angeles Kings defeat (P3) San Jose Sharks in seven games
This will be a closer series than people might expect.

Los Angeles arguably is the Stanley Cup favorite and has loads of championship experience, but it didn’t play too well down the stretch. San Jose’s plus-31 goal differential was the second-best in the West, and its 28-10-3 road record easily led the conference. The Sharks also will be motivated to avenge their 2014 first-round loss to the Kings that included San Jose blowing a 3-0 series lead.

Still, the Kings have better goaltending, are a superior puck-possession team and have the defensive stalwarts — Selke Trophy contender Anze Kopitar and Norris Trophy contender Drew Doughty — to shut down the Sharks’ top forwards. L.A. should survive in another seven-game series between these California rivals.

Click to see the full schedule for each series >>

Report: Josh Gordon Might Be Reinstated For 2016 Despite Failed Drug Test 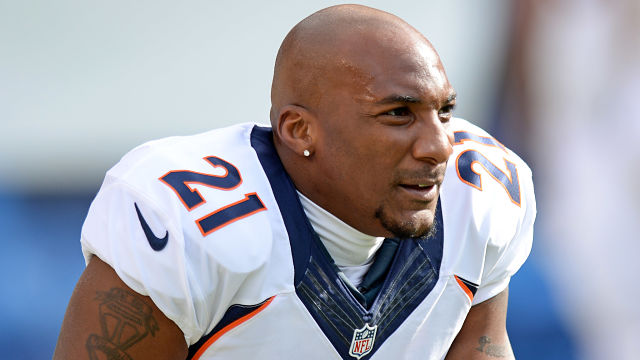 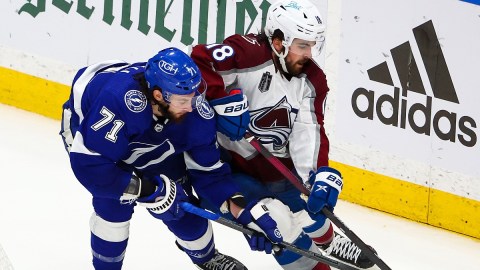