New England Patriots fans might finally have recovered from the shock of seeing their team select a quarterback in the third round two years after it drafted Jimmy Garoppolo in the second.

If not, too bad. Here’s what to expect from North Carolina State QB Jacoby Brissett, based on his tape.

Brissett, the 91st overall pick in the 2016 NFL Draft, measured in at 6-foot-4, 231 pounds at the NFL Scouting Combine, but he plays even bigger. Brissett was sacked 37 times behind a shaky offensive line and in front of even shakier receivers, but any normal quarterback would have been brought down much more frequently. Brissett uses his big frame to shake defenders and buy extra time.

Brissett is Ben Roethlisberger-esque in the pocket. He’s not the most athletic quarterback, but he can pick up yards with his feet and throw on the move.

Brissett’s combine showing was meh, as the QB ran a 4.94-second 40-yard dash with a 7.17-second 3-cone drill, 4.53-second short shuttle, 31-inch vertical leap and 9-foot, 5-inch broad jump, but he uses quickness and a juke to gain extra yards on the ground. He ran for 899 yards and nine touchdowns on 263 carries during his two seasons at North Carolina State.

Brissett was at his toughest in 2014, when N.C. State lost 56-41 in a game that was closer than its score would indicate against No. 1-ranked Florida State. He completed 32 of 48 passes for 359 yards with three touchdowns and no interceptions in that game. He completed one pass while nearly lateral, being brought down by a swarm of Seminoles defenders.

An NFL scout called Brissett cool under pressure, a hard worker and a guy who will put in extra film work. The scout said Brissett had bad wide receivers at N.C. State, “but he was too quick to blame them.”

Brissett didn’t rank highly in Pro Football Focus’ accuracy metrics. His 71.3 accuracy percentage was below average. Of his 161 incompletions charted by PFF, 19 were drops, 27 were thrown away, five were batted at the line, two were spiked and five came when he was hit as he threw.

He ranked last in PFF’s deep accuracy metric, completing just 31 percent of his throws over 20 yards. He was 14-for-58 for 563 yards with five touchdowns and one interception.

As with many stats, PFF’s metrics don’t tell the full story of Brissett’s season or potential. Rich Hill of PatsPulpit.com pointed out Brissett’s completion percentage dropped from 65.5 percent to 52.9 percent when he lost his starting running back, Matt Dayes, two months into the season. His receivers had trouble getting open all year, and he lost his top receiver and running back from 2014 to transfer and dismissal, respectively.

It’s becoming more and more difficult to find starting-caliber quarterbacks in the NFL Draft, and Brissett has that potential thanks to his ability to make intermediate throws, his experience in a pro-style system and his competitiveness. He’ll put in extra work off the field and absorb punishment on it. 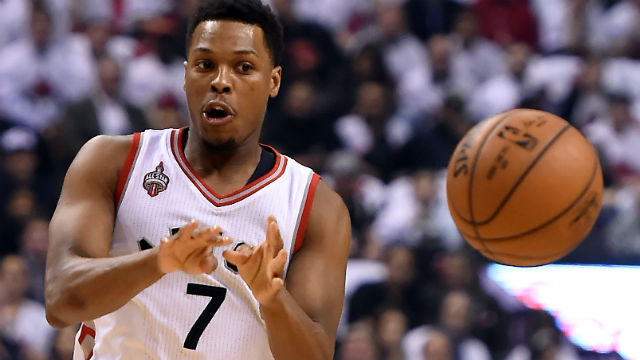 2016-17 Premier League To Start In Mid-August; Schedule To Be Released In June