One New England Patriots running back stood out from the pack Thursday during the first organized team activities session open to the media.

Undrafted rookie D.J. Foster was a step faster and a juke quicker than Brandon Bolden, James White, Donald Brown, Tyler Gaffney and Joey Iosefa as the backs ran through drills.

D.J. Foster has the fastest footwork of the Patriots' RBs. pic.twitter.com/e8QdDoSwog

This shouldn’t exactly come as a huge surprise. Foster is not only the smallest of the bunch, but he’s also the best athlete. He ran a 4.46-second 40-yard dash with a 1.50-second 10-yard split and 36-inch vertical leap at his pro day in March. He ran a 6.75-second 3-cone drill with a 4.07-second short shuttle, 9-foot, 9-inch broad jump and 14 bench press reps of 225 pounds at the NFL Scouting Combine.

Foster had an interesting career at Arizona State, starting out as a running back before moving to wide receiver for his senior season. Foster actually began taking more reps in the slot during the tail end of his junior season.

One of Foster’s best traits during his college career was his ball security. He fumbled just four times, losing one, on 667 college touches. He didn’t fumble at all during his senior season.

Foster improved his route running out of the slot for his senior season, but he had an issue dropping the football, with eight coming during his senior season. He caught just 59 of 114 targets, which is likely one of the reasons the Patriots are moving him back to running back in the NFL.

Foster likely will do most of his work in the backfield, but his experience at receiver gives him valuable versatility. The Patriots ask their pass-catching backs to run routes split out wide and out of the slot. Foster comes into the spring as one of the Patriots’ best route-running backs.

From the backfield, Foster doesn’t break many tackles when asked to carry the ball between the tackles, but he also doesn’t hesitate and dance from side to side. He goes straight forward and takes what his blockers give him.

Foster was at his best when he could either build up steam or get the ball in space. When he was able to get rolling, he would run through tackles, drag defensive backs and make players miss.

In the passing game, Foster was able to use his speed to simply run by defenders. He also could stick his foot in the ground and change direction without losing speed.

Foster looks like he’s doing a Julian Edelman impression on the screen below, picking up seven yards despite having five defenders in front of him.

He’s fluid when he’s able to get into space and begin sifting through defenders.

Beyond sub back Dion Lewis and possibly big back LeGarrette Blount and special-teamer Brandon Bolden, the Patriots’ reserve running back role is wide open during OTAs. Foster will compete for a spot on the roster with White, Brown, Gaffney and Iosefa. If he can prove his hands are dependable during OTAs, minicamp, training camp and the preseason, his athleticism and versatility could allow him to steal a roster spot as an undrafted free agent. 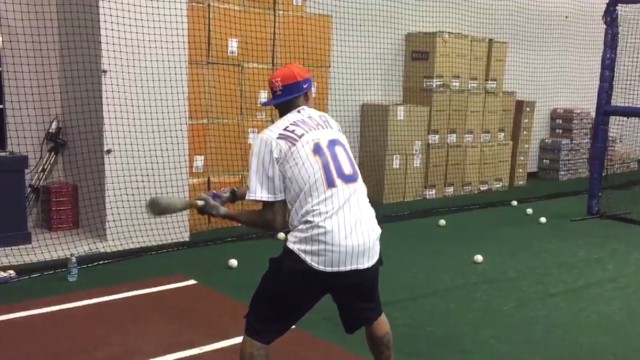 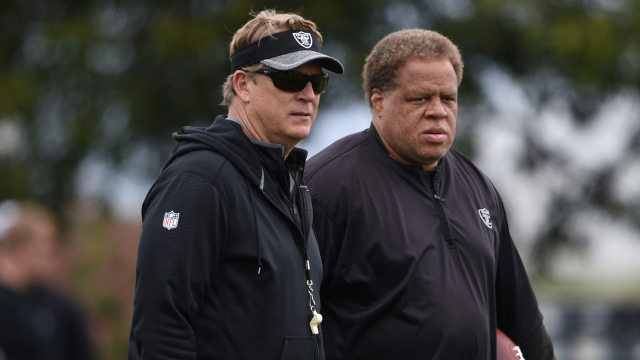