EAST RUTHERFORD, N.J. — The New England Patriots won’t finish the 2016 preseason perfect, but at least the exhibition games are over.

The New York Giants beat the Patriots 17-9 as New England suffered a slew of injuries. Left tackle Nate Solder, wide receivers Keshawn Martin and Devin Lucien, running back Tyler Gaffney and linebacker Elandon Roberts all were banged up. Only Roberts returned to the game.

The Patriots’ newcomer, linebacker Barkevious Mingo, was the Patriots’ brightest star in the game. See who else stood out.

LB BARKEVIOUS MINGO
Mingo, who was acquired from the Cleveland Browns for a fifth-round pick, was all over the field with multiple pressures, six tackles, one tackle for loss and two quarterback hits. The Patriots used the former first-rounder at linebacker, both on the outside and inside. It appears he’ll be able to generate pressure from both positions.

Mingo also looked adept in coverage and didn’t allow a reception. Now we’ll see if Mingo can do it against starters when the regular season begins.

QB TOM BRADY
It might seem a bit unfair to throw Brady on here when he was going against the Giants’ second-team defense, but he started slow, pulled it together and came out with a nice performance.

Brady went 16 of 26 for 166 yards with one touchdown and one interception. The pick wasn’t entirely his fault. Aaron Dobson was interfered with and didn’t fight for the ball.

Overall, Brady got what he wanted by playing an entire half of a preseason game looking good.

RB D.J. FOSTER
Yes. Foster fumbled after pulling in a one-handed grab from Brady. But he also caught nine passes on 10 targets for 110 yards and carried the ball nine times for 22 yards.

Foster looked more explosive than Tyler Gaffney, who suffered a foot injury in the fourth quarter. Foster’s performance could be enough to ensure him a spot on the 53-man roster.

TE AJ DERBY
Derby continued to extend his lead over Clay Harbor for a roster spot. The second-year pro had five catches on seven targets for 51 yards. He’s proven this summer that he can be a dependable target as a third tight end for the Patriots.

LB JAMIE COLLINS
Like Brady, it seems almost unfair to put Collins on this list, but he excelled again.

He had four tackles with a sack and a tackle for loss. He seems primed for a stellar contract year.

CB JUSTIN COLEMAN
Coleman lined up at nickel cornerback with the first-team defense and outplayed rookie Cyrus Jones. Coleman allowed two receptions for 19 yards on five targets, while Jones allowed four catches on four targets for 78 yards with a touchdown.

Coleman seems to be a lock for a roster spot and could open the year as the top slot cornerback. 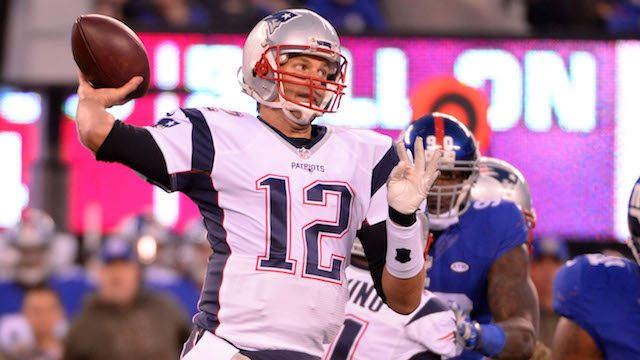 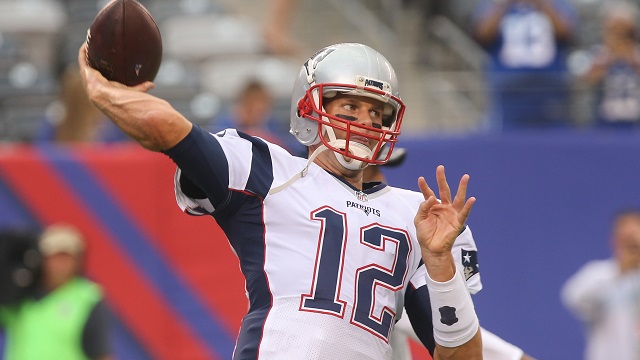 How Did Tom Brady Do During Final Patriots Preseason Game Vs. Giants?