The Buffalo Bills will set out to do the as-yet impossible Sunday by trying to sweep the New England Patriots in a season series.

A division opponent hasn’t swept the Patriots since 2000, which means it hasn’t occurred since Tom Brady took over as the starting quarterback.

The Bills shut out New England 16-0 in Foxboro earlier this month, but that was while Jacoby Brissett was at quarterback for the Patriots with a bandaged thumb. The Patriots, favored by nearly a touchdown are expected to beat the Bills in Buffalo on Sunday, but Ralph Wilson Stadium (not a fan of the New Era Field moniker) will be rollicking, and Rex Ryan will have worked his team into a fervor. The Patriots have their work cut out for them.

@DougKyed read an article about each team’s fatal flaw, and they said ours is Gostkowski; do you agree? and if not what would u say ours is?
— @TheSanch12
It’s been the pass rush so far, though I’m still not sure if it’s been fully unleashed yet. The Patriots, however, had very little successs while sending four pass rushers against the Pittsburgh Steelers, which is concerning.

I still believe the Patriots’ pass rush has potential with the amount of talent and versatility they have in their front seven, but they do seem to miss Chandler Jones, Dominique Easley and Akiem Hicks more than expected. The Patriots completely failed to replace Easley or Hicks as an interior rusher. The idea was that Trey Flowers and Jabaal Sheard could rush from the inside on obvious passing situations, but that hasn’t worked so far.

The Patriots might have to start using two edge rushers plus Jamie Collins and Dont’a Hightower rushing up the middle with one or two other linebackers dropping back into coverage. For example, they could rush Sheard and Long off the edge with Hightower and Collins standing up to rush up the middle. Then they would have two of Patrick Chung, Barkevious Mingo, Elandon Roberts, Shea McClellin, Rob Ninkovich or Kyle Van Noy at linebacker dropping back into coverage.

Gostkowski’s troubles haven’t cost the Patriots a game this season, and he should be able to turn it around.

@DougKyed will dion lewis swap roster spots w/foster? Will foster make it to p.s.? Will lewis eat up White’s downs and touches?
— @PatsMemdotcom
1. Yes, I believe Dion Lewis will replace D.J. Foster on the roster when he comes off the physically unable to perform list within the next 20 days.

2. Players make it onto the practice squad more often than not, but Foster did have some interest during training camp. It wouldn’t be shocking to see another team claim him. Foster also could get “injured” or “sick” (wink wink, nudge nudge) before Lewis comes back and placed on injured reserve or the non-football illness list.

3. Since Lewis can run between the tackles and catch the ball out of the backfield, I believe he’ll eat into both LeGarrette Blount and James White’s touches without completely stealing either’s. Have fun with that, fantasy owners.

@DougKyed was the trade with the broncos a good or bad move
— @PrimeBenintendi
Right now, it’s a good move. The Patriots traded AJ Derby, a former sixth-round pick with four games and zero production under his belt for a fifth-round pick.

It’s a risk, however. If Derby plays well with the Broncos, the Patriots will look dumb. They’ll look especially dumb if he produces against the Patriots either in the regular season or the playoffs.

It was a calculated risk, and elements of it are head-scratching. The Patriots are left with no tight end depth. But they received good value on paper.

@DougKyed Do you expect VanNoy to get immediate snaps on passing downs? #MailDoug
— @SFFF_Podcast
The recently acquired Kyle Van Noy could. Back in 2014 Akeem Ayers played nearly 50 percent of defensive snaps five days after he was acquired by the Patriots. Van Noy is a similar player as a hybrid edge defender, but the Patriots had more need to play Ayers back in 2014, because Chandler Jones was out of the game in which Ayers debuted.

@DougKyed how much longer will Roger be the commissioner, seems like he keeps messing up. Is he still supported by owners? #maildoug
— @mitchellbarman
Usually I would feel bad about calling for someone to get fired, but Goodell has made nearly $200 million (!) since becoming commissioner in 2005.

With NFL ratings down, owners actually now have reason to fire Goodell. And quite frankly, it should happen. He keeps butchering NFL scandals, has made the game less fun and now fans are starting to tune out. If he’s not gone soon, the NFL risks being passed by the NBA as the country’s most popular sport.

@DougKyed Should the Pats trade for Joe Thomas?
— @avery_patsfan
If they don’t have to give up much, sure. I think Nate Solder and Marcus Cannon have been solid at left and right tackle, but Thomas is better than both.

Cannon has been very solid since dropping weight this offseason, however.

@DougKyed Gonna reuse my earlier tweet: how does the division shake out if we lose on the road to Buffalo?
— @ColinPoulton
The Patriots probably would still win the division, but it becomes interesting for the first time in years. This Sunday’s game is really intriguing for this reason.

I’m watching “Thursday Night Football,” eating a donut, wondering how Gus Bradley is still a head coach and when Blake Bortles will stop being a starting quarterback. It’s a bad night for Jaguars fans. I don’t think they’re going to steal the show.

@DougKyed How much longer can we realistically expect BB to keep coaching? The thought of retirement chills me to the bone. #MailDoug
— @ReadThanks
I like the spooky Halloween reference. Five more years, maybe? He’s said in the past he doesn’t want to coach into his 70s.

@DougKyed #MailDoug who is the toughest test on the @Patriots remaining sched?
— @johnnyBSBL4
Still the Broncos in Denver.

@DougKyed What’s your favorite early to mid 2000’s punk/emo ALBUM? #maildoug
— @ELeBoeuf
Tough question, because Through Being Cool and Enema of the State both came out in 1999. Stay What You Are, New Found Glory self-titled or Reinventing Axl Rose.

@DougKyed with Dion Lewis back at practice is there any news on Sebastian Vollmer’s return? #maildoug
— @tearsnwaterfall
Vollmer reportedly isn’t expected back this season.

@DougKyed Pats only have 2 TE’s on active roster. Do you think they will add another one? #MailDoug
— @NemanjaKozle
I think they will, but it’s worth noting the Patriots only had two tight ends for much of the 2011 season, when they ran a two-tight end offense with Rob Gronkowski and Aaron Hernandez.

Here’s the case for not signing a tight end: If Gronkowski or Martellus Bennett go down with an injury, then the Patriots primarily would play with three receivers and one tight end for the rest of the game anyway. And in the event they need a tight end as a blocker, they can bring in an extra offensive lineman and use James Develin at tight end. It’s also possible Geneo Grissom has received tight end snaps in practice, since he began the year on the practice squad.

The Patriots also could sign fullback Marcel Reece, who can serve as an H-back/tight end role. 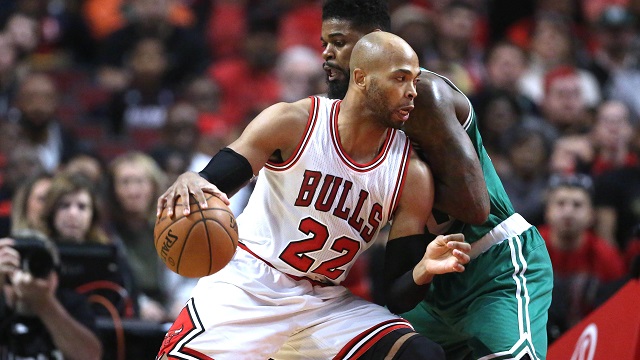 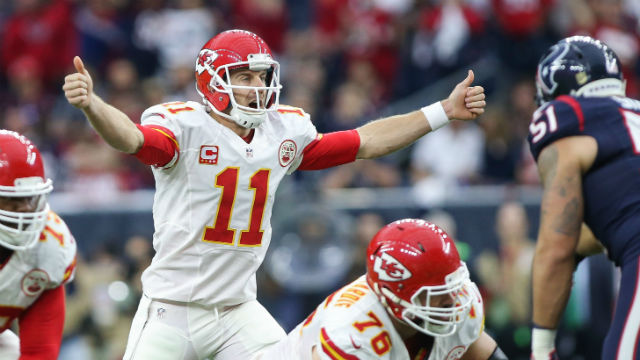