Sunday’s demolition of the Buffalo Bills extended the Patriots’ winning streak to four games and improved their record to an AFC-best 7-1. With half of the NFL’s regular season now in the books, Bill Belichick’s troops are clear Super Bowl contenders, if not Super Bowl favorites.

Plenty of questions still surround this Patriots team, however. Here are six we’re asking as New England prepares for its weekend off:

1. Wait, they really traded Jamie Collins?
Yes, the Patriots pulled off a stunner of a trade Monday, sending stud linebacker Jamie Collins to the Cleveland Browns for a compensatory third-round draft pick. New England must have believed they wouldn’t be able to re-sign Collins, who’s set to hit free agency after the season, but that didn’t make the deal any less surprising.

What does it mean for the team in the short term? Well, it means they must really like rookie linebacker Elandon Roberts, who has impressed since enjoying a breakout game in Week 5 and actually started over Collins on Sunday in Buffalo. It also could mean an uptick in defensive snaps for Barkevious Mingo, Shea McClellin and/or the recently acquired Kyle Van Noy.

2. Can Tom Brady keep this up?
Brady has been nothing short of magnificent since returning from his Deflategate suspension in Week 4. He’s posted a ridiculous 133.7 passer rating and 73.1 completion percentage through four games, has thrown 12 touchdown passes without an interception and is the clear MVP favorite as the season’s halfway point.

The Patriots are averaging 34.0 points per game with Brady at the helm after averaging 20.3 over four games with Jimmy Garoppolo and Jacoby Brissett under center.

3. When will we see Dion Lewis?
Lewis returned to the practice field last week, but the Patriots have yet to transition him from the physically unable to perform list to the 53-man roster. They have until Thursday, Nov. 17 to do so (three days before their Week 11 matchup with the San Francisco 49ers), and even after that, there’s no rule that says they must play him.

Given the running back’s injury history, New England would be wise to wait until he is 100 percent healthy before putting him back on the field. But on the other hand, it’s been almost a full calendar year since Lewis has suited up for a game, and the team surely will want to get him some live reps before the postseason rolls around.

Related: What kind of impact will Lewis’ return have on LeGarrette Blount’s and James White’s snaps, and will we see Tyler Gaffney and/or Bishop Sankey make their Patriots debuts before the end of the season?

4. Who is the No. 2 cornerback?
Malcolm Butler is the Patriots’ unquestioned top cornerback, and he’s been excellent, especially over the last month or so. But beyond him, there’s much less certainty. Logan Ryan, Eric Rowe and Justin Coleman all have seen time as the No. 2 corner in recent weeks, and none has performed well enough to lock down the job.

Patriots coach Bill Belichick said Monday that while some of the rotation has been matchups-based, there is a performance element, as well.

And then there’s Cyrus Jones, who’s been a healthy scratch for three consecutive weeks following his ejection in Week 5 in Cleveland. The rookie clearly has not worked his way out of the coaching staff’s doghouse.

5. Is Stephen Gostkowski back?
The Patriots’ usually sure-footed kicker struggled mightily over the first seven weeks of the season, missing three field goals and two extra points. He also had issues in the preseason and, of course, missed a point-after in the Patriots’ two-point loss in last season’s AFC Championship Game.

Gostkowski was money against the Bills, though, going a perfect 7-for-7 on kicks (two field goals, five extra points) in less-than-ideal weather conditions. For a guy who admitted he “stink(s)” just one week earlier, that had to be a huge confidence boost.

6. Can anyone challenge the Pats in the AFC?
The Patriots have been the class of the AFC through eight weeks, with their one loss coming while they had an injured rookie as their starting quarterback. The conference isn’t completely devoid of challengers, though. The Pittsburgh Steelers still will be a threat once Ben Roethlisberger returns from knee surgery, and out west, the Denver Broncos, Oakland Raiders and Kansas City Chiefs all have just two losses apiece. 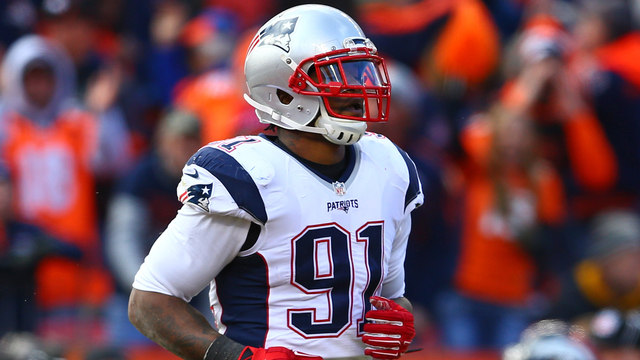 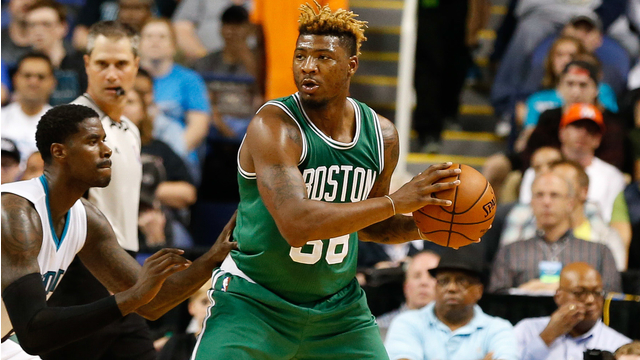