Pablo Sandoval has been criticized in the past for rather unflattering photos, so it’s only fair the Internet acknowledge when the Boston Red Sox third baseman is on the other side of the spectrum.

Sandoval, who has dealt with questions regarding his weight over the years, appears to be in tremendous shape, judging by this photo tweeted Monday by WBZ’s Dan Roche.

Of course, this isn’t the first time Sandoval has slimmed down ahead of spring training, as he lost weight over the offseason at times while with the San Francisco Giants. But Sandoval was scrutinized for being too heavy at various points during his first two years with Boston, so it’s encouraging to see him like this in December.

The Red Sox are counting on Sandoval to bounce back from a shoulder injury, especially now that they traded Travis Shaw to the Milwaukee Brewers in a deal for right-handed reliever Tyler Thornburg. 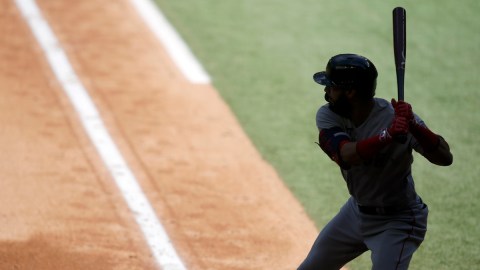