The elder Long made and won a Super Bowl in just his third NFL season. It was his last trip to the big game as a player, though he’s been to plenty as an analyst for FOX Sports.

Howie will be at NRG Field to watch his son play Sunday in Super Bowl LI for the New England Patriots.

“We?ll definitely hang out,” Chris said Tuesday. “We?ve already texted. He got in last night; it was just a little late. We?ll hang out and he?ll be on the field on Sunday. He?s just told me to keep things in perspective, enjoy it, and don?t let the moment just fly by and be so into your work that you can?t just take a step back and be like, ?Hey, it?s pretty cool that we?re all here. We?ve earned it and go have fun.??

That shouldn’t be difficult for Chris.

“He has a great ability to live in the moment,” Howie told the media Tuesday. “I’m not sure if there’s anyone who attacks life, both on the field and off the field, whether it’s climbing Kilimanjaro, building — I think they’re building — I think they’ll build their 16th well in East Africa this year, the Waterboys. Heck, a little over a month after the Super Bowl, he’ll be climbing Kilimanjaro again, and that’s Chris. ‘Where’s the next mountain?'”

Patriots head coach Bill Belichick has made it clear all season how much he respects the Long family, which also includes Chicago Bears All-Pro guard Kyle Long.

?Howie is a tremendous player,” Belichick said Tuesday. “Coming out of Villanova, Milford (Mass.), he has a great connection. Tremendous player, very hard to block. Tremendous motor. I kind of kept track of him through Chris? career. It?s good to cross paths with Howie. I have all the respect in the world for him as a person, the way he plays the game and the way he represents the game. He?s awesome. Chris does too. Great football family. His brother, working against him in training camp this year with the Bears, it was a big, Long reunion. It was great to see them all there together.?

So, what are Chris’ plans if the Patriots do indeed win the Super Bowl?

?My son will probably get the first hug,” he said. “The rest will be me and my pops, but my son will be my first one.? 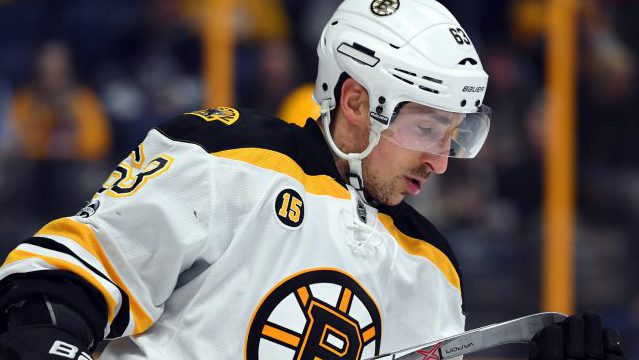