As we head into the home stretch of the 2017 NFL season, the NFC playoffs are setting up to be a murder’s row of electric offenses and hard-nosed defenses.

The AFC, on the other hand, is a two-team race.

The New England Patriots and Pittsburgh Steelers both moved to 9-2 with wins Sunday, and their Week 15 game at Heinz Field could determine who gets home-field advantage throughout the AFC playoffs. The rest of the AFC kind of looks like the NFL’s version of one-week-old leftovers.

Here?s a look at where each team stands in NESN.com?s NFL power rankings as we head into Week 13. (To see our Week 12 power rankings, click here.)

1. Philadelphia Eagles (10-1; last week’s rank: 1): There’s no reason to move the Eagles after the 31-3 thumping they put on the Chicago Bears. Philadelphia travels to Seattle to face the Seahawks in Week 13.

2. New England Patriots (9-2; 2): Make that seven in a row for the defending Super Bowl champions. The Patriots’ banged-up offensive line could become a worry as the season carries on, as Tom Brady took multiple punishing hits from the Miami Dolphins on Sunday.

3. Minnesota Vikings (9-2; 4): Case Keenum improved to 6-2 as a starter by beating the Detroit Lions on Thanksgiving, and he once again will be the starter when the Vikings face the red-hot Atlanta Falcons in Week 13.

4. Los Angeles Rams (8-3; 6): The Rams ended the New Orleans Saints’ eight-game winning streak with a brilliant defensive effort. Outside of a 74-yard touchdown by Saints rookie running back Alvin Kamara, the Rams allowed 272 yards and 3.1 yards per carry against New Orleans’ electric offense.

5. New Orleans Saints (8-3; 3): The Saints’ winning streak was bound to come to an end, but Drew Brees and Co. must bounce back fast as they face the Carolina Panthers on Sunday with first place in the NFC South on the line.

6. Pittsburgh Steelers (9-2; 5): Pittsburgh almost fell asleep at the wheel Sunday, as the Steelers needed a brilliant performance from Antonio Brown to escape the Green Bay Packers 31-28. The Steelers might have been looking ahead to their Week 15 matchup with the Patriots, which head coach Mike Tomlin acknowledged will “be fireworks.”

7. Carolina Panthers (8-3; 7): Carolina trailed the New York Jets entering the fourth quarter Sunday, but Luke Kuechly returned a fumble 34 yards for a score, and Kaelin Clay took a punt 60 yards to the house to save QB Cam Newton and set up a showdown with the Saints in Week 13.

8. Atlanta Falcons (7-4; 9): The Falcons’ offense has picked up steam during their three-game winning streak. Atlanta remains one game back of the Saints and Panthers in the NFC South, but three of the Falcons’ last six games come against New Orleans and Carolina, so the division still is in reach for the defending NFC champions.

9. Seattle Seahawks (7-4; 11): Seattle took care of business against the hapless San Francisco 49ers, but the Seahawks still are looking up at the Panthers and Falcons in the race for an NFC wild-card spot.

10. Tennessee Titans (7-4; 12): The Titans shouldn’t scare anyone in the AFC, but if the playoffs started today they’d be the No. 3 seed in the playoffs. Tennessee needs Marcus Mariota to regain his early-season form if they plan on being a threat in the postseason.

11. Jacksonville Jaguars (7-4; 8): Blaine Gabbert got his revenge against the team that drafted him Sunday. The Arizona Cardinals quarterback led a late-game drive to set up Phil Dawson’s 57-yard game-winning field goal to send the Jaguars to second place in the AFC South.

12. Kansas City Chiefs (6-5; 10): The Chiefs’ slide continued Sunday, as Tyrod Taylor and the Buffalo Bills dealt Kansas City a 16-10 loss at home. After five losses in their last six games, the Chiefs now hold a one-game lead over the Los Angeles Chargers and Oakland Raiders in the AFC West.

13. Los Angeles Chargers (5-6; 16): After a difficult start to the season, the Chargers have responded by winning five of their last seven games and face the 0-11 Cleveland Browns in Week 13 with a chance to get back to .500.

14. Detroit Lions (6-5; 13): Detroit’s loss to the Vikings on Thanksgiving basically handed Minnesota the NFC North, but the Lions still can make the playoffs with a strong finish. It starts with a Week 13 battle against the Baltimore Ravens.

15. Buffalo Bills (6-5; 21): Despite head coach Sean McDermott’s best efforts, the Bills still have an opportunity to end their 17-year playoff drought. Unfortunately for Buffalo, the Patriots are coming to town in Week 13.

16. Baltimore Ravens (6-5; 15): Baltimore’s offense continues to be putrid, and yet, they have the inside track for the No. 6 seed in the AFC playoffs.

17. Washington Redskins (5-6; 17): The Redskins’ season most likely will end in five weeks, and then they must decide what to do with QB Kirk Cousins.

18. Oakland Raiders (5-6; 18): Oakland hasn’t lived up to its preseason hype, but the Chiefs’ sudden plummet could open the door for the Raiders to make the playoffs for the second consecutive season.

19. Dallas Cowboys (5-6; 14): Quarterback Dak Prescott and the Cowboys’ offense continues to be an unmitigated disaster without suspended running back Ezekiel Elliott. Dallas has lost three straight games by a combined score of 92-22.

20. Cincinnati Bengals (5-6; 24): The Bengals finally started to give the ball to Joe Mixon, as the rookie running back tallied 165 total yards from scrimmage in Sunday’s win over the Cleveland Browns. Can the Bengals continue their march toward the playoffs in Week 13 against the Steelers?

21. Arizona Cardinals (5-6; 23): It’s a long shot, but the Cardinals still can make the playoffs if the cards fall their way. We’re not sure we’d want our playoff hopes in the hands of Gabbert, though.

22. Green Bay Packers (5-6; 20): Aaron Rodgers must be drinking his milk because he’s already throwing 50-yard dimes in warmups. It might be too little, too late for the Packers, though.

23. Houston Texans (4-7; 19): Tom Savage has no business being a starting quarterback in the NFL.

24. New York Jets (4-7; 22): The Jets have lost five of their last six games, but all five were by eight points or fewer. Can they save Todd Bowles job over the final five weeks? Doubtful.

25. Tampa Bay Buccaneers (4-7; 25): 2017 has been a nightmare season for the Bucs, and with the investigation into sexual assault allegations against QB Jameis Winston just getting underway, 2018 might not be that sunny, either.

26. Miami Dolphins (4-7; 27): Once again, the Dolphins couldn’t beat Brady and the Patriots at Gillette Stadium. But hey, at least Kenny Stills thinks he got into Brady’s head. You might be able to hang a banner for that, Miami.

28. Indianapolis Colts (3-8; 29): Indianapolis was supposed to build a complete roster around Andrew Luck. Their roster instead looks like something you’d see in “The Replacements 2: Jim Irsay’s Revenge,” and Luck has yet to resume throwing from offseason should surgery. At least Chuck Pagano probably won’t be their head coach in 2018.

29. Denver Broncos (3-8; 28): Aqib Talib snatched Michael Crabtree’s chain again, and the Broncos and Raiders got into a massive brawl Sunday in Oakland’s 21-14 win at Oakland-Alameda County Coliseum. Oh, and Denver still doesn’t have a quarterback.

30. New York Giants (2-9; 30): Eli Manning and Co. gained just 170 yards and failed to score a touchdown in Thursday’s loss to the Redskins. It might be time for the two-time Super Bowl champion to bid adieu to the NFL after 2017.

31. San Francisco 49ers (1-10; 31): 49ers fans finally got to see Jimmy Garoppolo in action, as the 26-year-old signal-caller threw two passes, including a touchdown in San Francisco’s loss to the Seahawks. 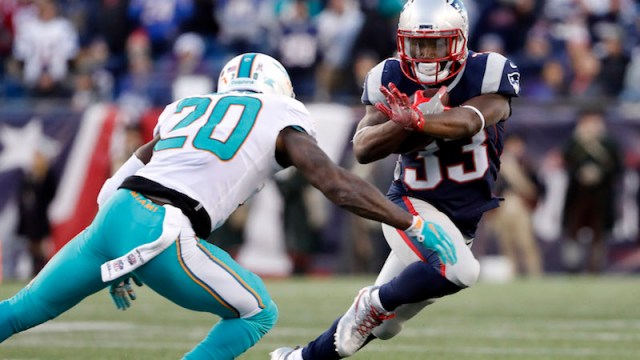 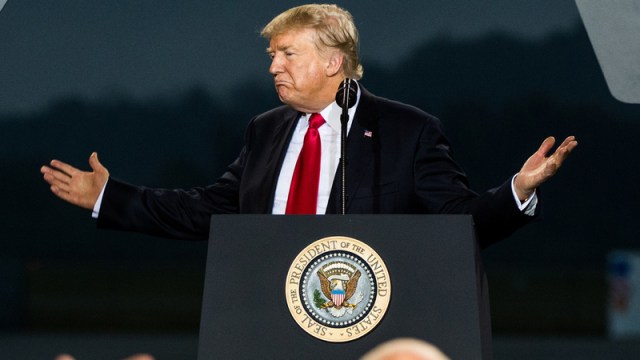