If Chiefs Are Serious About Trading Marcus Peters, Patriots Should Call - NESN.com Skip to content

Here’s how things work around New England for the uninitiated: If a good or recognizable NFL player becomes available — either through free agency, release or rumor — fans immediately ask if the Patriots would consider acquiring them.

So, let’s get out ahead of things on All-Pro cornerback Marcus Peters, whom the Kansas City Chiefs reportedly are considering trading or something. Peters is not a fit for the Patriots. He’s undisciplined, and his dedication to the Chiefs clearly should have been and was questioned when he essentially stopped playing in a December game against the New York Jets then was suspended the next week.

Eh, whatever. The Patriots should still give the Chiefs a call.

The point is, when a player’s talent is transcendent, and there’s not a ton of risk involved in a potential deal, then it’s worth considering.

Peters is one of the best cornerbacks in the NFL. The Patriots have a need opposite Stephon Gilmore at cornerback, and Peters’ skillset would work with Gilmore. The Patriots could go into games with each player assigned to a receiver, have them follow those players around and potentially dominate the opposing passing attack. Peters takes more risks than the Patriots usually prefer out of their cornerbacks, but they could try to make him reel it back a bit.

Peters has one year left on his rookie contract plus his 2019 fifth-year option. Whoever is employing Peters on May 3 must decide whether to exercise that option. Assuming that option is picked up, Peters essentially would come to a new team with a two-year, $11.25 million contract. And his $9.5 million fifth-year option only is guaranteed for injury.

If Peters wasn’t a fit, or if things weren’t working out, he could be released without penalty.

Obviously, this all depends on the Chiefs’ perceived value of Peters (and if they want to trade him at all). If the Patriots could get a good deal in acquiring Peters because of his attitude, then they should run to the phone to pull off a deal. But if the Chiefs are shopping for Peters at his correct value, which undoubtedly would be a first-round pick or more, then maybe he’s not quite worth the risk when there could be other cornerbacks, albeit older — like Talib or Richard Sherman — who could become available.

Peters mostly closely can be compared to Talib, when the Patriots acquired him midway through the 2012 season. Peters, like Talib, would come with perceived issues. They’re different kinds of issues, but issues nonetheless. Talib was able to turn his career around after a season and a half with the Patriots. Peters doesn’t need to turn his career around, but he could use a public makeover after 2017. That could certainly come in New England. 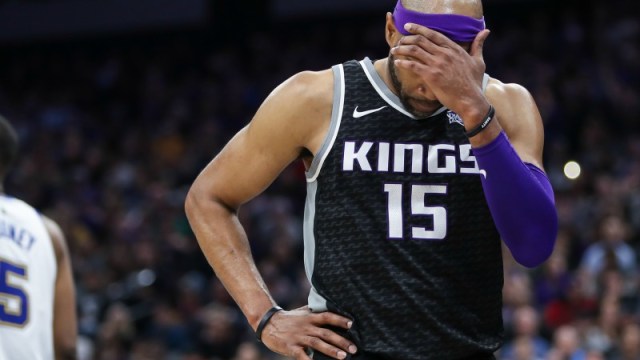