INDIANAPOLIS — It?s time for the Laulettas to come clean. It has been almost 18 years, after all.

Kyle Lauletta was not quite 5 years old yet when he joined his first organized football league back in 1999. It didn?t exactly take complicated military deception for Joe Lauletta to fudge his son?s date of birth in order for Kyle to play flag football. Joe ran the league. And he wanted his sons to play on the same team, so he said 4-year-old Kyle was 5.

There?s no subterfuge needed for Kyle to join his next football league. Lauletta spent three years as Richmond?s starting quarterback, earning second-team FCS All-American and CAA offensive player of the year honors as a senior. He was invited to the Senior Bowl and excelled in the game, winning MVP after completing 8-of-12 passes for 198 yards with three touchdowns.

That Senior Bowl performance seems to have caught the eye of draft analysts. It has the 6-foot-3, 222-pound Exton, Penn., native soaring up draft rankings, and he?s regularly been mentioned as a quarterback the New England Patriots could select in the second or third round of the 2018 NFL Draft. Lauletta has met with Patriots scouts but didn’t have a formal interview with New England at the NFL Scouting Combine. Don’t bother overanalyzing that intel. The Patriots didn’t seem to formally interview any quarterbacks.

Lauletta has widely been described as Patriots head coach Bill Belichick?s perfect quarterback since the Pro Football Weekly’s Eric Edholm first made the connections. Lauletta?s father, Joe, and uncle, Lex, both played football at Navy, where Belichick’s father, Steve, coached. Belichick adores the academy. Kyle played lacrosse, Belichick?s second love, in high school and probably could have played Division 1 in college too if not for his love of football.

So how and why did this all come together?

The Laulettas caught the football and lacrosse bug from Kyle?s grandfather, Joe, who played football at the University of Delaware. He went on to coach football at Tufts and West Chester University. He also coached lacrosse despite never playing the sport.

Lex actually was coached by Steve Belichick at the Naval Academy. He played quarterback in high school but began his college career as a receiver and defensive back. Buried on the depth chart, Lex saw an opportunity to play through punting. He became the team?s starting punter during his junior and senior seasons led by the elder Belichick.

“I got the impression that he got to Annapolis and decided to plant himself there,” Lex said about Steve. “And he basically gave up the opportunity to be head of a program, because he liked the environment, he liked the kids, he liked the atmosphere.

“It was one of those things where when you’re just the kicker or just the punter for a program like Navy, and you have the luxury of having a guy like Steve Belichick be your punting coach, he’s almost like a father figure. We’d spend a lot of idle time just chatting with him. I look back now, and I didn’t realize the magnitude of it, but the magnitude wasn’t that big back in the day.

“He was just very loyal. As a kicker, I struggled probably a little bit my junior year, I had a good senior year kicking, but he stood by me if there was any doubts.”

Steve even introduced Lex to Bill in November 1980, when Navy was playing Notre Dame at the Meadowlands. Lex isn?t convinced Bill would remember the encounter, but with Belichick?s love of the Naval Academy and punting, it?s certainly not out of the question. Belichick did namedrop John Stufflebeem, another Navy punter from the 1970s, in a news conference in November 2015, after all.

Quarterbacking runs in the Lauletta family. Joe, who also played lacrosse in high school, was a quarterback at Navy, inspired to attend the academy after seeing his older brother training to be an airline pilot.

Free education, by way of football scholarship, and a dream job out of college was appealing to both Lauletta brothers. Joe still works as a pilot with American Airlines, while Lex is at Delta.

Joe didn?t see as many snaps as his brother at Navy but he threw a touchdown pass on a trick play against Notre Dame and got into the Army-Navy game as a senior.

Despite signing up his underage son for flag football, Joe let Kyle choose his own path with some slight nudging. Joe was willing to play throwing coach for his sons, with a keen eye on mechanics, in the backyard or in the local gym but only at their choosing. Kyle played football from an early age but wasn?t bound to it by his parents.

“I played everything as a kid,” Lauletta said. “My parents never forced me to play football. I just loved it. Man, I was the most competitive kid. If you asked my parents about me when I was younger, I was the most competitive kid ever. I would throw a fit when I would lose, and I would get real upset, no matter what it was. If we’re playing a board game, I’m just trying to rip people’s heads off and win. That’s how I always was.”

And while Joe was away, serving in the Navy, Kyle?s mother, Kim, had to be mom and dad to her three sons and one daughter. Joe and Lex both went out of their way to praise Kim for making Kyle into a quarterback prospect with perfect character.

?Growing up, he had no choice but to be a good kid,? Lex said.

Character concerns certainly are not a problem for Lauletta, but his pedigree might be for some teams. Lauletta played at FCS Richmond after he failed to garner any major FBS offers (he had two from Old Dominion and Toledo). The Laulettas still wonder why Kyle didn?t go on to play for a Power 5 school. Those questions linger as they see their son garner Top 10 ranks among draft-eligible quarterbacks. Really? None of those top-tier schools could have used him?

Kyle didn’t start at quarterback in high school until he was a junior because he was behind his brother, Trey, on the Downington East depth chart.

“Him starting really helped open the door for me,” Lauletta said. “Because my older brother was a heck of a high school quarterback, and he was always really, really smart and a great leader. So, automatically, my high school coach saw some of him in me. But like, ‘oh, this kid is even bigger and stronger,’ because I had some more god-given physical abilities. But all my mental, and all my leadership stuff, I learned a lot of that from Trey, my older brother.”

Kyle shined in his two seasons as a starter but suffered a knee injury during his senior season of lacrosse that affected his ability to perform in front of college coaches at FBS camps.

Lauletta did get sniffs from bigger programs. One coach vowed his FBS school would offer Kyle a schaif he could watch him throw at Downington East High School. The coach no showed. Kyle attended a camp held to watch recruits but it was obvious quickly that he was placed in a lesser group that coaches wouldn?t be seriously considering.

It was a tough year for Kyle, who finally committed to Richmond. But it implanted a chip on his shoulder that still remains.

“I thought I was good enough to play at that level,” Lauletta said. “I got recruited by a lot of those schools but for whatever reason they didn’t pull the trigger on scholarship offers. I thought Richmond was an outstanding place for me to go. I get a world-class education, I get an opportunity to play CAA football, which is still very, very competitive.”

That?s when his father started to think the NFL was a real possibility for his son. If Michael Strauss, Kyle?s successor as Richmond?s QB, could get interest from the NFL, then so could his son.

“And Kyle has always had, I’m not sure if expectations is too strong of a word, but he’s always thought he would get a shot,” Joe said. “I really didn’t think of it in those terms initially, but when the quarterback that he replaced — and he was a good quarterback at Richmond — he got a shot. After Kyle replaced him and did what he was doing, I said, ‘Well, he’s going to at least do that.’ And that’s when I started to think he was at least going to get what I always ever wanted for him and that’s to get a shot.”

Lauletta was unheralded in NFL circles until Senior Bowl executive director Phil Savage, who worked as a scout for Belichick with the Cleveland Browns, extended an invite. The Laulettas rave about Savage for seeing something in Kyle. NFL teams took notice, including Houston Texans head coach Bill O’Brien, who coached Lauletta’s Team South.

?(He?s) very smart, very attentive,” Houston Texans head coach Bill O’Brien said. “I thought that he picked up on the things that we were trying to do. He improved from day one to the game. He played well in the game. I thought he played real well in the game. Great guy. (I) saw him after the game with his family and he was all excited about the way he played in the game. Just a good guy that really seemed to love football.”

Lauletta has held interviews with NFL teams in Indianapolis at the NFL Scouting Combine, and he’ll work out for head coaches, general managers and scouts Saturday at Lucas Oil Stadium.

Football is supremely important to the Laulettas. Joseph, Joe, Lex, Joseph’s oldest son, Lance, Trey, Kyle, Lex’s son, Lex, and Kyle’s youngest brother, Bryce, all played football in high school and college. It would be fitting for Lauletta, given his family’s Navy and lacrosse background, to play in the NFL under Belichick. But the Laulettas just want Kyle to get that shot. 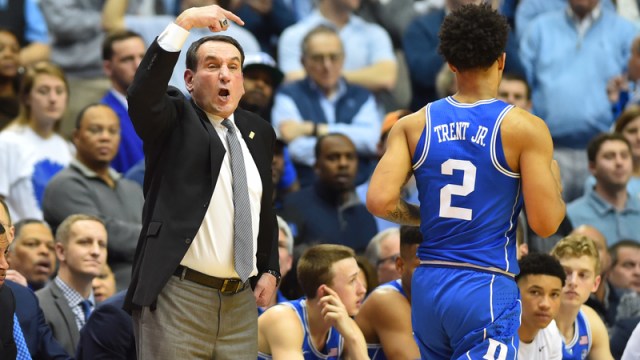 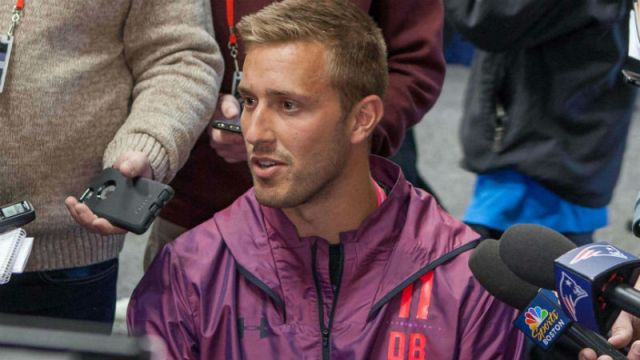