Patriots Mailbag: A Theory On Why Rob Gronkowski Is Threatening Retirement - NESN.com Skip to content

By this time next week, we’ll have a better idea of how the 2018 New England Patriots will look on paper.

The Patriots have less than a week with exclusive negotiating rights with those players. Will they use it?

Here’s what I think is happening: I think Gronkowski knows he has options outside of football. He can pretty much join WWE whenever he wants. After a career in WWE, he could even have a shot at a movie career. The younger he starts that path, the better, and the higher earning potential he has in that entertainment field.

I’m not convinced Gronkowski actually wants to retire, though. He’ll make more money in the short term playing football, and he will have WWE to fall back on if he’s 29, 32 or 35.

I think Gronkowski wants a better contract. He made $10,506,880 in cash last season after making the All-Pro team. He has a total earning potential of just $9 million in 2018. One would imagine he’d like to have a higher earning potential in 2018 than he had in 2017.

Will the Patriots cave? Will Gronkowski cave? Will he walk away at the top of his game Barry Sanders-style?

It feels like Gronkowski will be back next season. And the Patriots would be smart to add some incentives into his contract to give him a higher earning potential.

Whether Gronkowski returns or not, it would behoove the Patriots to add another starting-caliber tight end this offseason, whether that’s a free agent like Tyler Eifert or a rookie in the 2018 NFL Draft.

Rumors are saying the Pats will trade brandin cooks, any truth to this?
— KDPPatsFan
I don’t think there are any actual rumors saying this, but that idea certainly is more realistic than the Patriots outright releasing Cooks.

The Patriots have solid depth at wide receiver, which is probably the only reason we’re even discussing this. They have Julian Edelman, Chris Hogan, Kenny Britt, Phillip Dorsett, Malcolm Mitchell, Cody Hollister and Riley McCarron coming back next season. They likely will have free agent Danny Amendola back, as well.

The Patriots probably could use a tight end, left tackle, pass rusher, linebacker or cornerback as much or more than Cooks. But can they get a player with similar value?

It’s worth looking into.

Will Nate Solder leave for free agency?
— @KDPPatsFan
My gut feeling says he sticks around. If he was willing to sign a two-year, $20 million contract back in 2015, then what’s to say he won’t be willing to do the same thing this offseason? I think staying in or around the Boston area holds value to Solder and his family.

#MailDoug The campaign starts now: @Lj_era8 to the #Patriots . The @Patriots won’t miss a beat when 12 goes.

Easiest path to relevance is a good QB. Talking heads on sports radio are clueless to this fact.
— @Millerxxxvi
This is not a question.

I think Lamar Jackson would be a good fit for the Patriots. He played in a similar offense in college, and given Josh McDaniels’ interest in Tim Tebow, the Patriots’ offensive coordinator likes mobile quarterbacks.

I’m just not sure if I see it happening.

Are there any prospects at quarterback that the patriots are going to draft? Because Tom Brady can’t play forever
— @Jadedhipster905
I would hope so, but wouldn’t it be so Patriots for them not to?

It seems like Sam Darnold, Josh Rosen, Baker Mayfield and Josh Allen will be gone by the time the Patriots pick.

As I said above, I’m not convinced the Patriots will take Jackson, though I very well could be wrong. Mason Rudolph is intriguing, and I think I’ve made it pretty clear I think Kyle Lauletta is the best overall fit.

I think Mike White could be another fit. The Patriots reportedly like Marshall’s Chase Litton. I’m not sure about Kurt Benkert and Luke Falk.

Kurt Benkert is a fantastic name, by the way. What if my name was Doug Bendug?

Falk was a great guy to talk to at the NFL Scouting Combine.

What is going on with the whole sherman thing have we met with him or what
— @PatsFan42140328
What’s going on is Sherman isn’t even a free agent yet. He had surgeries on both Achilles’ this offseason and can’t run yet.

The Patriots can’t meet with him because that would be tampering. The Patriots very well could show interest in him if he becomes available, but that hasn’t happened yet.

The chances of the Patriots landing Sherman do seem to have increased, however, because they couldn’t get Marcus Peters or Aqib Talib, both of whom were traded to the Los Angeles Rams. If the Patriots can’t acquire Sherman, then they might need to settle for starting Eric Rowe at cornerback and spending a high draft pick at the position.

Do you think Patriots trade maybe a 3rd or 4th rounder to Lions for Eric Ebron. He could be the Aaron Hernandez (on the field) clone next to Gronk. Thoughts? #MailDoug
— @Rudens23
I don’t know if I would. Ebron isn’t a great blocker, and while it feels strange to heap effusive praise on Hernandez as a player, Ebron isn’t nearly as good of a receiver as the former Patriots tight end.

Are the Pats ready to roll with Jacob Hollister at TE if Gronk (retirement rumors) & Allen (cap casulty) don’t return in 2018? #MailDoug
— @coach_pat13
No way. I actually might project more receptions for Will Tye next season.

If Gronkowski really retires, and if the Patriots release Dwayne Allen, then the Patriots would probably have to make a splash move for a tight end, whether that’s by trade, free agency or the draft.

My favorite free agent tight end is Tyler Eifert. If he stays healthy — and he said he is — he has the highest upside of any available tight end.

What?s your ?way too early? prediction on who starts at LT Week 1?
— @daltonringey
Nathaniel Perry Solder.

#maildoug How much snow did you get at your house?
— @DarrylJohnston
Enough to knock out our power. I’m currently typing this from my parents’ couch.

I like really heavy music and poppy music. I’m not that into middle ground stuff. 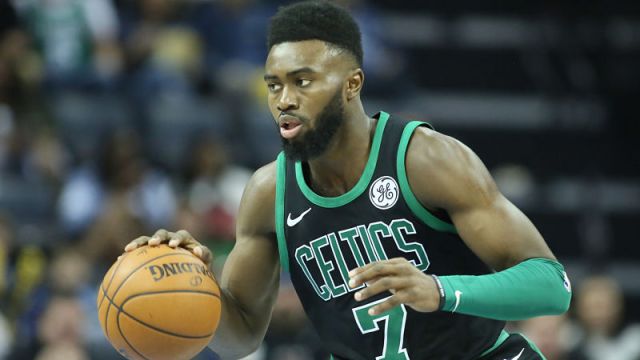