Red Sox Trade Deven Marrero To D-Backs For Player To Be Named Later Or Cash - NESN.com Skip to content

Deven Marrero is headed to the desert.

The Boston Red Sox on Saturday traded the slick-fielding infielder to the Arizona Diamondbacks for a player to be named later or cash. The 27-year-old was drafted in the first round (24th overall) of the 2012 Major League Baseball draft. He had spent his entire professional career in the Red Sox organization.

The #RedSox today traded infielder Deven Marrero to the Arizona Diamondbacks in exchange for a player to be named later or cash considerations.

Over parts of the three seasons with the Red Sox, Marrero batted .208 with five home runs and 30 RBI in 236 at-bats.

Marrero was one of three players — Brock Holt and Blake Swihart being the others — vying for two potential spots as bench players on the Red Sox’s 25-man roster. It remains possible that Boston opts to carry an extra reliever, thus leaving just one open spot for a bench infielder.

The trade was one of many shoes to drop on what was a particularly busy Saturday at Fenway South. The Red Sox kicked things off by announcing the signing of catcher Christian Vazquez to a three-year contract extension and later announced a handful of roster moves, including the optioning of infielder Tzu-Wei Lin to Triple-A Pawtucket. Red Sox manager Alex Cora also revealed that starting pitchers Eduardo Rodriguez and Drew Pomeranz will begin the season on the disabled list.

On the field, the Red Sox’s game with the Houston Astros was marked by an injury to Chris Sale, who exited in the first inning after being hit by a line drive. He later was diagnosed with a left hip contusion.

With the trading of Marrero, the Red Sox now have 35 players in camp. They must trim the roster to 25 by Thursday when they take on the Tampa Bay Rays in the regular-season opener. 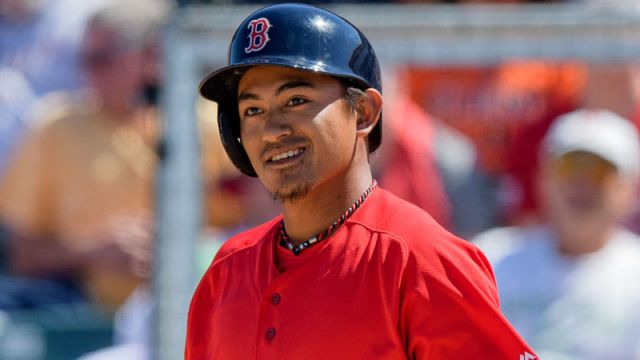 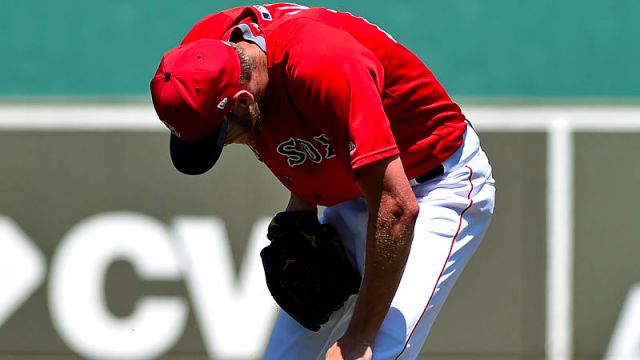