What Can We Expect From Cordarrelle Patterson In First Patriots Season? - NESN.com Skip to content

Cordarrelle Patterson, whom the Patriots acquired last week in a trade with the Oakland Raiders, is a special teams standout who also possesses intriguing — albeit largely unrealized — potential as a wide receiver and part-time running back.

We won’t get a chance to see Patterson on the field until organized team activities begin in May, but a deep dive into his stats and tape from last season allowed us to paint a rough picture of what the Patriots can expect from the 27-year-old in 2018.

OFFENSE
Patterson, who was drafted 29th overall by the Minnesota Vikings in 2013, is a Swiss Army knife-type player. But as a receiver, he’s actually rather one-dimensional.

He’s never been a great route runner, and despite his 4.42 speed, the Raiders rarely used him as a deep threat. Only one of his 31 receptions last season came on a pass that traveled more than 20 yards downfield, and just three traveled more than 10 yards.

The vast majority of Patterson’s catches came on hitches, short comeback routes and, especially, screens — plays designed to get him the ball quickly with room to run. These tended to be Patterson’s most successful patterns. He tallied more than a third of his receiving yards (107 of 309) and nearly a third of his receptions (10 of 31) on passes behind the line of scrimmage.

Here's how the Raiders used Patterson as a receiver in 2017. Tons of screens, hitches, etc. Very little down the field. pic.twitter.com/Br8OW5C7Dq

Against the New York Giants in Week 13, three screen passes to Patterson yielded a total of 85 yards, including a season-long 59-yarder that set up what proved to be the game-winning touchdown.

As for his skills as a rusher, the Raiders used Patterson in some unique ways in 2017.

He carried the ball 13 times for 121 yards in 16 games, and on eight of those carries, he was lined up in the backfield next to quarterback Derek Carr. From that running back position, Patterson took received two pitches and took six conventional handoffs, with the 6-foot-2, 220-pound wideout often being asked to bulldoze his way through the teeth of an opposing defense.

One of those handoffs, during a Week 2 win over the New York Jets, resulted in a 43-yard touchdown. Patterson also had a 47-yard score on a jet sweep in Week 6.

None of Patterson’s other 11 carries gained more than 8 yards. Oakland also hardly used him as a rusher during the second half of the season, as he carried the ball just three times for minus-3 yards over his team’s final 10 games.

SPECIAL TEAMS
If you know anything about Patterson’s skill set, you’re probably aware that he’s been one of the NFL’s top kick returners since he entered the league. Some quick facts:

— He’s a two-time All-Pro at that position and has led the NFL in yards per kick return three times in five seasons.

— His career average of 30.2 yards per kick return ranks second in NFL history among qualified returners behind Hall of Famer Gale Sayers.

— He’s returned five kickoffs for touchdowns, more than any other active player.

The Patriots needed a new kick return man after Dion Lewis left in free agency, and they couldn’t have asked for a better replacement.

It is worth noting, though, that the NFL’s continued de-emphasis on kickoffs has diminished the value of specialists like Patterson. His number of returns has dropped in each of his five pro seasons, from 46 in 2013 to a career-low 19 in 2017.

Beginning with Oakland’s loss to New England in Week 10, Patterson did not field a single kickoff in four of the Raiders’ final seven games and returned just one in two others as opposing kickers successfully kept the ball away from him. The Dallas Cowboys failed to follow this strategy in Week 15, and Patterson made them pay, returning four kicks for a season-high 103 yards (not to mention a 100-yard touchdown that was called back for a hold).

Patterson also has served as a gunner on the punt team for the past two seasons, where his speed makes him an asset. The newly re-signed Matthew Slater has one gunner spot locked down in New England, but Patterson could push Jonathan Jones for the other.

Punt returning never has been part of Patterson’s NFL repertoire — he’s returned just one punt in his career — but Patriots coach Bill Belichick suggested Tuesday the team plans to try him out there. New England lost its primary punt returner from 2017 when Danny Amendola signed with the Miami Dolphins, and Julian Edelman and Cyrus Jones both are coming off torn ACLs. 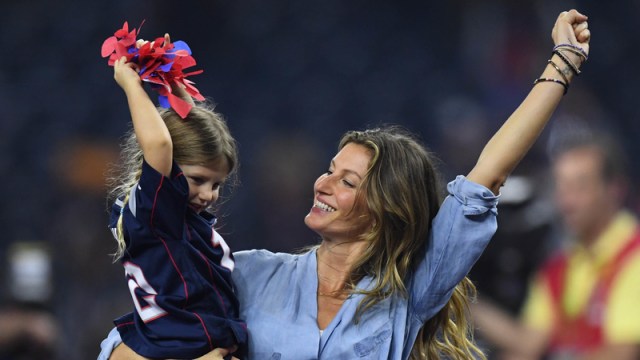 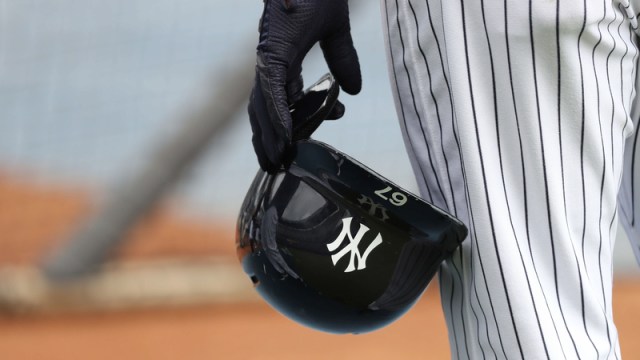 Yankees’ Cool Beer Foam Art Seemed Like Good Idea, But There Was One Problem