And why would he? Hill’s quick-strike score left 3:03 on the clock, and Harmon knew the greatest quarterback of all time was getting the ball back with three timeouts in his pocket.

“I’m always confident when Tom Brady goes out there,” Harmon said Sunday night at Gillette Stadium. “He’s been doing this for 19 years. He knows what to do. He knows how to do it. The best quarterback of all time. I’m just grateful that I have a guy like that that I can turn to when I give up a play like that, knowing he’s going to take care of business for us.”

Brady did just that, moving the New England Patriots 65 yards downfield in four plays to set up a 28-yard field goal attempt. Stephen Gostkowski split the uprights as time expired, giving the Patriots a 43-40 victory over the previously undefeated Chiefs in the most compelling game of the NFL season to date.

It was the 200th regular-season win of Brady’s storied career and his 227th overall, moving him past former Patriots teammate Adam Vinatieri for the most in NFL history.

“We had confidence,” the 41-year-old quarterback said. “When he was running — Tyreek was running to score — I said, ?Good, score quick.? Because then we had enough time.”

The game-winning drive — Brady’s 55th as a Patriot, including playoffs — began with a 7-yard carry by Julian Edelman on an end around, followed by back-to-back handoffs to rookie running back Sony Michel, who picked up 2 yards on each to move the chains.

Michel, who was 6 years old when Brady engineered his first game-winning drive way back in 2001, said the QB’s competitive fire late in games is one of his defining attributes.

“That’s how he always finishes out the game, even from when I was growing up watching him,” the first-round draft pick said. “He’s always big on finishing the game. That’s kind of our mindset: playing for 60 minutes, playing four quarters of football and keeping our foot on the gas.”

Brady then completed a screen pass to running back James White, who evaded linebacker Anthony Hitchens to gain 16 yards, then delivered the hammer: a 39-yard completion to tight end Rob Gronkowski that gave the Patriots the ball on the Chiefs’ 9-yard line.

“He?s been making a lot of those in his career,” Brady said. “I?ll keep throwing to him in the biggest moments.”

Brady’s completion to Gronkowski all but won the game for the Patriots. The quarterback took a 1-yard loss on the next snap to center the football, then ceded the floor to Gostkowski, who drilled the last of his five field goals on five attempts to cap a wild walk-off win.

Wide receiver Josh Gordon, whose first two games in a Patriots uniform had been comfortable victories that did not require any last-minute heroics, marveled at the poise Brady displayed on the final drive.

“(Brady) has a certain calmness to him in a high-pressure situation,” said Gordon, who caught five passes on nine targets for 42 yards in the win. “Not everybody has that. I think when he displays that, other guys feel better about what they?re supposed to do knowing that we?re in good hands. He?s consistent, and he does his job.” 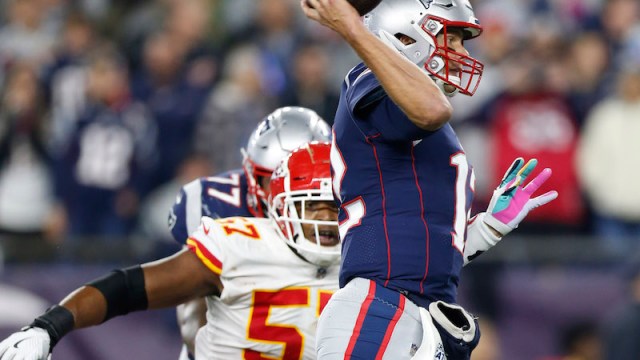 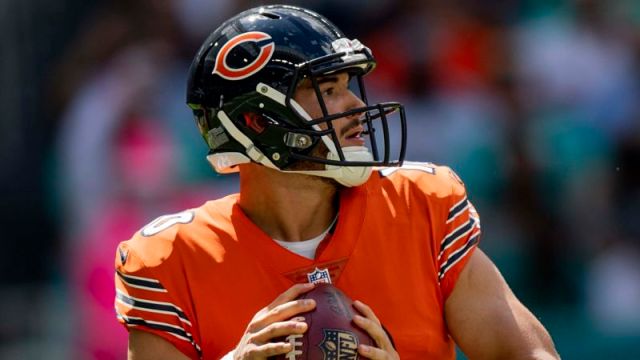