Did Patrick Mahomes Mean To Throw This Touchdown Pass To Tyreek Hill? - NESN.com Skip to content

FOXBORO, Mass. — We may never know who was supposed to catch Patrick Mahomes’ early fourth-quarter touchdown.

With 8:45 left in Sunday’s game and the Kansas City Chiefs trailing the New England Patriots by four, Mahomes fired a pass to Tyreek Hill for a go-ahead touchdown at Gillette Stadium.

Patrick Mahomes finds Tyreek Hill in the end zone and we take a 33-30 lead. pic.twitter.com/pEsyHytf94

The score was Hill’s second of three TDs in Kansas City’s eventual 43-40 loss, but it looked like it may have been intended for running back Kareem Hunt, who was just steps in front of Hill in the end zone.

But your guess is as good as anyone else’s.

“We still don?t know,” Hill said after the game. “When we go back and watch film we?re gonna figure it out. I didn?t even ask (Mahomes), man. But I sure thank him for the TD.”

If Hill couldn’t confirm it, his quarterback should be able to, right?

“A magician never reveals his tricks,” Mahomes said coyly after the game.

Both Hill and Hunt had an impact Sunday for Kansas City. Hill caught seven passes for 142 yards and three touchdowns, while Hunt racked up 80 rushing yards on 10 carries while adding 105 receiving yards and a score. 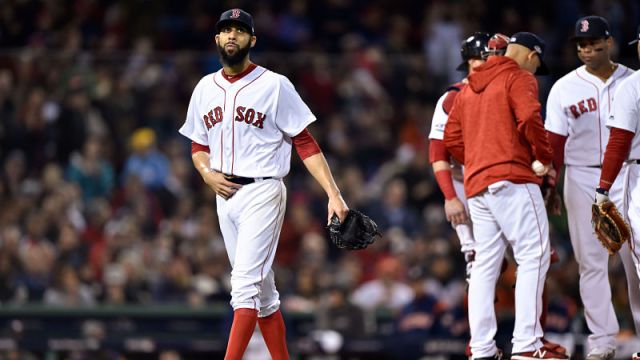 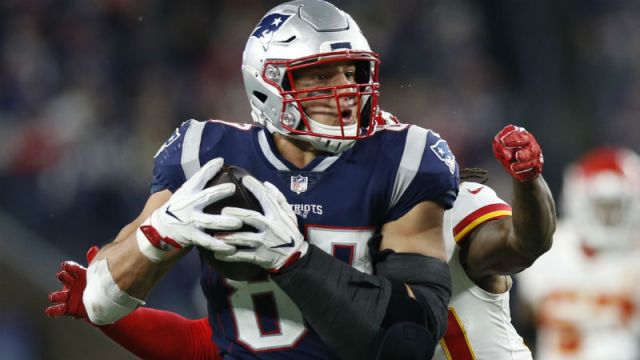