Let’s kick off this week’s mailbag with an anecdote on what it’s like to cover the New England Patriots.

The revised NFL media policy requires assistant coaches to be made available once a month. The Patriots provided them Aug. 28 and Sept. 2 to kick off the season. We got them Wednesday for the month of October and Thursday for the month of November. We almost certainly won’t speak to them again until the end of December.

Even I, as someone being hamstrung by the Patriots’ handling of the new policy, have to laugh. It’s impressive commitment to a bit, to make assistant coaches available to the media on consecutive days on a short week just to make sure we won’t get to talk to them again for two months. I sure wish they’d space them out a little bit more next time, though.

why hasn’t Gronk Gronked yet this season?
— @nikfraz14
That’s a really good question. There are two possible explanations.

1. Tight end Rob Gronkowski was being double-covered early in the season before Julian Edelman returned from a four-game suspension and Josh Gordon was acquired. Then he hurt his ankle prior to Week 4 and his back before Week 7. So, when the offense was finally going to be opened up for the big tight end, he got hurt and hasn’t been the same since.

2. The other working theory is that Gronkowski simply isn’t the same player anymore. This one seems more difficult to believe since Gronkowski was still Gronkowski as recently as Super Bowl LII. Gronkowski contemplated retirement and skipped voluntary spring practices since that game, however. It’s worth considering.

Regardless of whether you believe Theory 1 or 2, Gronkowski isn’t the same red-zone threat he was earlier in his career. Through the first six years of Gronk’s career, he had an 81.25 touchdown per game percentile. Over the last three seasons, that’s dropped to 41.38 percent.

Here it is year over year:

Over the first six years of Gronkowski’s career, he had an 11.23 touchdown per target percentile. That’s dropped to 6.45 percent over the last three seasons.

Here it is year over year:

He’s always scored touchdowns at a high rate in the playoffs, including 2015 and 2017.

So, what’s going on with those touchdowns? Did teams finally decide to adjust to Gronkowski six years into his NFL career? Or did Gronkowski lose some short-area quickness he was using to get open in the red zone? It’s probably a little bit of both, but the stats are fairly telling.

I don’t know if Gronkowski gets fully back on track this season. But once he’s healthy, I wouldn’t be shocked.

Doug, where did the Gordon being tardy allegation come from? Belichick is not the type to walk back a punishment regardless of player. Remember Welker for making joke about Rex Ryan? This seems very odd. #maildoug
— @JefFullerMyself
From what I can gather, Gordon really was tardy.

It’s worth noting Gordon didn’t play a full share of snaps Monday night. He played 95.3 percent of snaps in Week 7 and 84.2 percent in Week 8. It’s possible the discipline just didn’t occur at the beginning of the game but rather sometime in the second quarter.

Or Belichick just got annoyed the report slipped out and decided against disciplining Gordon in that manner.

From a fan perspective, disappointing to see the deadline pass with no trades. Do you attribute this more to the fact that they feel confident with what they have or is it more that the right deals didn?t present themselves and/or they whiffed on offers (Thomas and Tate)?
— @MattJM410
If the Patriots and I are on the same page, then the asking prices were simply too high. A fourth-round pick for Demaryius Thomas and a third-round pick for Golden Tate are steep. Amari Cooper for a first-round pick is ridiculous.

The Patriots typically don’t like to give up too many assets in half-season rentals. The Cooper trade might have raised asking prices beyond what the Patriots were willing to spend.

Getting my question in early for this week’s mailbag…How’s your posture during pressers? #MailDoug
— @brentustick
My posture is great, thanks for asking.

Brent is referencing Detroit Lions head coach, and former Patriots defensive coordinator, Matt Patricia snapping at a reporter over his posture at his press conference.

Has Van Noy passed Hightower in terms of value to the defense?
— @jonothorpejazz
He probably has, yes. Hightower still has higher upside, but Van Noy has been more valuable this season.

Will the Patriots pick up a RB in free agency #MailDoug
— @celticsin1
I think the Patriots should sign a running back. They seem more intent on holding off until Rex Burkhead comes off injured reserve. I think some depth would be very valuable, however, in the form of either practice squad running back Kenneth Farrow or a back off the street.

Can you be my dad?
— @TuckerOol
Sorry, Tucker. I’ve already got my hands full.

I did not dress up tonight, but these kids did pic.twitter.com/w6EWJlVwgF

Olivia thinks I'm funnier in person than on Twitter pic.twitter.com/NB7gVPxJNL

How long after the game do you remain at the stadium talking to players and coaches?
— @B_Flo_Fo_Sho
We’re usually done talking to Belichick and the players about an hour after the game. Then we have to shoot standups videos and write, so we usually don’t get out of the stadium for three or four hours after a game. Night games, for that reason, can be tough on the sleep schedule. I’m glad this week is the last scheduled night game of the season. I don’t expect anyone to shed any tears for us writers, though. Our lives are good.

Who do you think is a good qb candidate for the patriots to draft in the 2019 draft, because i believe Shea Patterson is a good candidate. #maildoug
— @HUNCHOWAVE
As a University of Washington fan, not Jake Browning. Someone with pro football ties I trust likes West Virginia’s Will Grier or Buffalo’s Tyree Jackson.

In your opinion, where?s the best place to go for food in Boston? #MailDoug
— @thegabed
You can’t go wrong with any Italian or Regina Pizzeria in the North End.

How smitten were you with not only Devin McCourty returning a pick-six 84 yards, but also setting the record for this year’s fastest ball carrier? I watch your battles on Twitter with the @McCourtyTwins haters so all I could envision during that return was you smug smiling.
— @ejlinehan
I think I was too busy trying to write to be smug Doug, but I do think it’s ridiculous how many Patriots fans turned on Devin McCourty after two bad games.

Any updates or concerns on the health of Shaq Mason? He left the game Monday night with a calf and was on the injury report but haven?t seen any other information out there?
— @PaulTarallo
After missing practice Wednesday and Thursday, it seems unlikely Shaq Mason will play Sunday night. Ted Karras would fill in for him at right guard. Karras was solid Monday night against the Buffalo Bills, and he had a very good training camp and preseason.

Fun story: Karras gave away a game ball to trick-or-treaters this week.

@DougKyed #maildoug Best ability is avail-ability. When does Hollister roster spot get used for someone who can contribute?
— @KenMcCartney
I don’t think the Patriots feel there’s someone out there who could contribute more than Hollister.

Who is the biggest Hufflepuff on the beat?
— @PP_Rich_Hill
Maybe Kevin Duffy? A Dufflepuff? A Huffleduff?

I don’t really know anything about Harry Potter, so I had to consult fellow (and younger) beat fellas Henry McKenna, Andrew Callahan and Zack Cox about Hufflepuffs.

I was born in 1986. I was a year or two too old for Harry Potter and Pokemon.

Quick follow-up to Rich?s question: who is the most ?slytherin??
— @traviehise
My first thought was Mike Giardi. Maybe Ryan Hannable, too.

Do you think Brady Will reach the 1k rushing yards mark on sunday against Green bay? #MailDoug
— @GamecockFury
I think this is the week. I really feel it. A whole 1,000 yards. What an accomplishment.

Thoughts on WWE Crown Jewel in Saudi Arabia, should they go or should it have been canceled due to recent events? #MailDoug
— @Kid_From_Quincy
It 100 percent, absolutely should have been moved or canceled. It’s ridiculous that they’re still holding it in Saudi Arabia, and I canceled my membership to WWE Network over it. 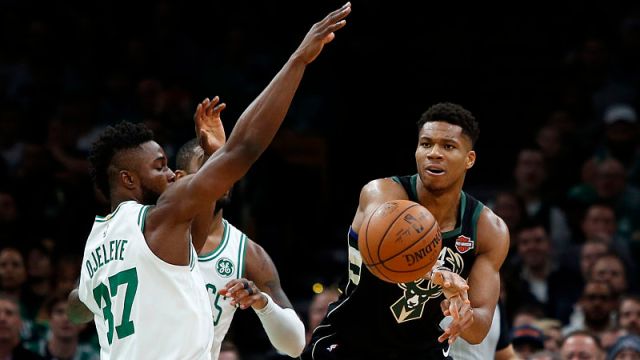 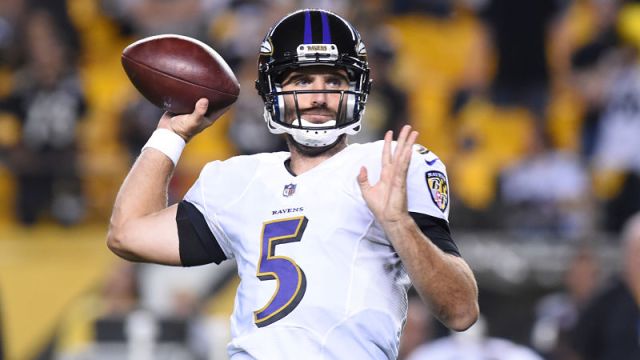