The Boston Celtics are sending a message to the New Orleans Pelicans asking them to wait for what surely will be a massive trade offer for Anthony Davis.

Due to the NBA’s “Rose Rule,” the Celtics are unable to trade for Davis until after July 1 since the league does not allow a team to have two players on its roster on a rookie max extension. After July 1, Kyrie Irving will be eligible to opt out of current contract and become a free agent, allowing the Celtics, in theory, to sign him to a max contract and then trade for Davis.

Davis requested a trade Monday and reportedly prefers to be traded to the Los Angeles Lakers where he can link up with LeBron James and win titles while enjoying that sweet Southern California weather. LA is hoping to swing a deal prior to the Feb. 7 trade deadline in order to not compete with Boston’s offer, but ESPN’s Adrian Wojnarowski reported Wednesday on “NBA Countdown” that the Celtics have told the Pelicans they are willing to offer everything on their roster apart from Irving.

“I think Boston has sent a message to the Pelicans: ‘Be patient. Wait for us. We are going to be in this, and we?re going to be willing to talk about essentially everyone on our roster outside Kyrie Irving,” Wojnarowski said.

Now, this means the Celtics are willing to include Jayson Tatum in a deal for Davis despite the fact the forward could choose to walk when he becomes a free agent after next season. Would Danny Ainge really be willing to deal his 20-year-old budding superstar for what could amount to one year of Davis if the C’s can’t convince him to make Boston his home? Sounds doubtful, but Trader Danny has had his eye on Davis for quite some time.

Something working in Boston’s favor is the Pelicans reportedly are “not interested” in trading Davis to the Lakers at this moment and are content to wait until the summer when the Celtics can enter the bidding. New Orleans knows what the Lakers’ package consists of and knows it will be there in the summer if they desire it.

There reportedly are a slew of other teams that would like to get into the mix for Davis, but for right now it appears the Lakers and Celtics will have another Boston vs. LA showdown this summer for the right the acquire Davis. 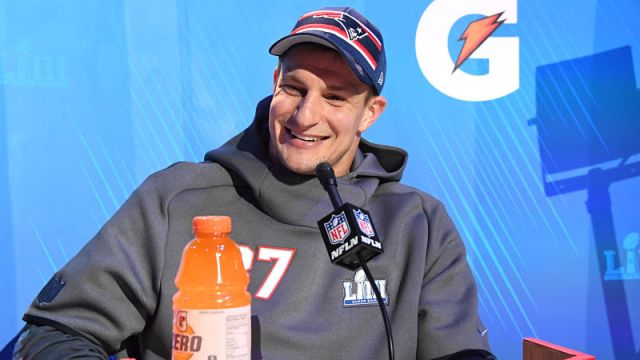 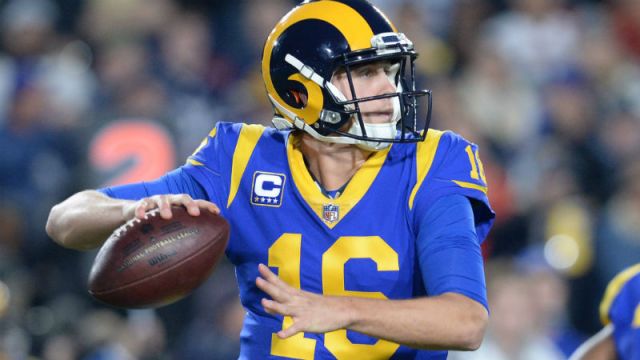 What Can Patriots Expect From Jared Goff? Ex-Teammate Dishes On Rams QB