The New England Patriots silenced their doubters, at least momentarily.

Tom Brady and Co. eviscerated the Los Angeles Chargers, 41-28, in the AFC Divisional Round and it wasn’t that close, as New England held a 28-point lead at halftime. The Bolts were expected to be the stiffest test the Patriots had faced to date, but Brady carved up the Chargers’ soft-zone coverage and rookie running back Sony Michel had a huge day, rushing for 129 yards and three scores.

New England advanced to its eighth consecutive AFC Championship Game with the win, and head coach Bill Belichick couldn’t have been prouder of his team’s complete effort against the Bolts.

?Congratulations, men,,” Belichick told the team in the locker room after the victory, as seen on Patriots.com. “That is a good week of preparation. Played a lot of good football. Just keep doing what we?re doing. Keep getting better each week and expect the competition to get better this week. That is the way it is this time of year. Great job today, men. Give them credit, that is a good football team you beat. They battled us all the way, that is a good football team, but you were the better ones today and you deserved it. That is why we?re moving on. Congratulations, men.?

The Patriots will travel to Kansas City to face the top-seeded Chiefs in the AFC Championship Game on Sunday at Arrowhead Stadium. Foxboro’s favorite sons haven’t fared well on the road this season, posting a 3-5 record away from Gillette Stadium, but Brady and the Pats appear to be locked in as they look to book a ticket to their third straight Super Bowl. 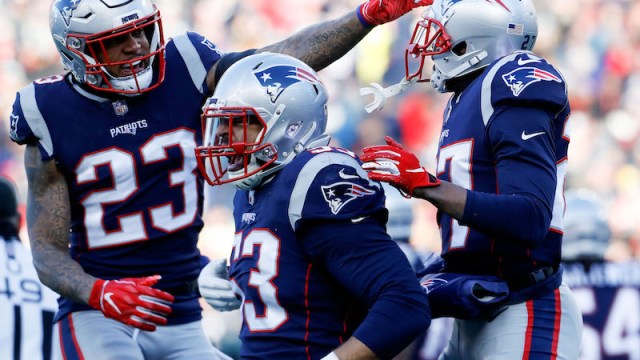 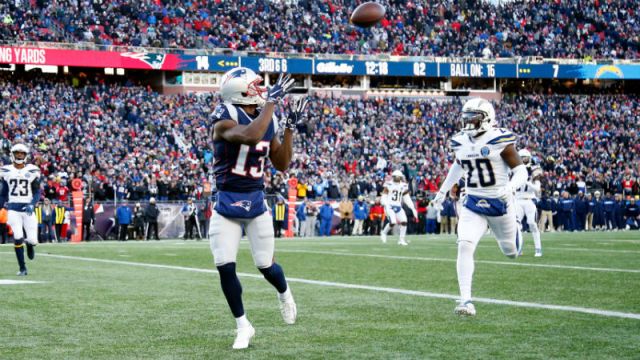 How Patriots’ ‘Amazing’ Game-Planning Paid Off On Phillip Dorsett Touchdown