Patriots Mailbag: Could Josh Rosen Be New England's QB Of The Future? - NESN.com Skip to content

It’s going to be a cold one on Sunday, so if you’ll be at Gillette Stadium, don your warmest parka.

Unfortunately, the latest forecasts don’t call for precipitation during the New England Patriots’ divisional-round playoff game against the Los Angeles Chargers, and snow games are fun. A single flake might have been the dagger for the Patriots against a west-coast team used to sunny California.

The Chargers have enjoyed travel this season. They’re 7-1 in away games and 9-0 outside of Los Angeles County, but the Patriots are undefeated at home, and the Chargers haven’t yet played in freezing temperatures.

That’s why I’m taking the Patriots on Sunday. Let’s get into this week’s mailbag.

Do you see BB trading for Rosen if Kingsbury decides to draft Murray?
— @daltonringey
It’s kind of amazing that almost a year later we’re still talking about Josh Rosen.

I think everyone actually might be taking Kliff Kingsbury’s comments about wanting to draft Kyler Murray No. 1 overall a little bit too earnestly. First of all, Kingsbury isn’t the general manager. That’s Steve Keim’s job. Second, Kingsbury was basically just heaping praise on Murray at the time. I’m not sure if we should take his comments so literally.

But, if the Cardinals do draft Murray No. 1 overall, and they are open to shopping Rosen, then yeah, of course the Patriots should reach out about his availability. Rosen had a tough season with the Cardinals, but if he came to New England and had a year or more to work under Tom Brady, then it could be a different story the next time he got under center in an NFL game. I wouldn’t overpay though — toss them a first-round pick and see what Rosen can do.

The Patriots did show interest in Rosen before the 2018 NFL Draft.

It’s worth noting the Patriots already have one of Rosen’s favorite targets under contract in former UCLA wide receiver Darren Andrews, who has spent the 2018 season on the non-football injury list. He tore his ACL midway through his 2017 senior season.

@DougKyed #MailDoug I think the @Patriots will need to score more than 24 points to win this game. Where/who do you see the offensive production coming from? #GoPats
— @KenMcCartney
I think this will be a big James White game. I think he gets back to being heavily utilized now that the Patriots are in the postseason. I also could see one of Chris Hogan or Phillip Dorsett having a big game. The strength of the Chargers’ secondary is in the middle with Desmond King and Derwin James. I think the Patriots can exploit perimeter cornerbacks Michael Davis and Casey Hayward. I also think the Patriots can attack the deep part of the field when Jahleel Addae and Rayshawn Jenkins are back there.

Julian Edelman will get his targets, but he has a tough matchup against King. I’m not sure how effective Rob Gronkowski will be in this game if he draws James frequently. He could definitely beat the Chargers’ linebackers when they’re on the field, though. Linebackers Kyle Emanuel and Hayes Pullard are the weak spots in the Chargers’ otherwise balanced defense.

Do you think the Patriots matchup Gilmore 1 on 1 with Keenan? Or does Gilmore shadow Mike Williams and either Jackson or Jason McCourty take Keenan with safety help?
— @Patriots_Andrew
If I’m the Patriots, I put Stephon Gilmore on Keenan Allen. Gilmore’s best performances this season have been on big-time wide receivers.

He almost seems to get complacent when covering lesser pass-catchers or when he isn’t shadowing one particular receiver. He let up touchdowns to Donte Moncrief, Kenny Golladay, Marvin Jones, Corey Davis and Brice Butler this season, while he didn’t allow scores to guys like DeAndre Hopkins, Allen Robinson, Davante Adams, Stefon Diggs and Antonio Brown.

I’d at least start Gilmore on Allen, and if you have to adjust midway through the game, then do that.

I’m not sure if it matters how you cover Mike Williams and Tyrell Williams with JC Jackson and Jason McCourty. I might put Jackson on Mike Williams because he’s more of a scoring threat and the rookie cornerback didn’t allow a touchdown all season. That leaves McCourty on Tyrell Williams, who has slightly lower upside than Mike.

@DougKyed #maildoug . you drink 2 five hour energy?s. do you get 5 hours of super energy or 10 hours of regularly elevated levels of energy?
— @oko
Five super hours and possibly a heart attack.

if the Patriots were to update their uniforms, should they go back to red with Pat Patriot as the logo, or do something completely new? #maildoug
— @CB_ReadinTweets
I think they would update the red Pat Patriot uniforms. Picture the Patriots’ current color rush jerseys but make them red.

I?ve asked this before and you have responded. However! With the recent news of Murray may be entering the draft, how high should the Patriots draft Zion? I?d say try to get him at 32. This way here can still have the 5th year option. #MailDoug
— @Castles_Burning
Not eligible yet. Also, he plays basketball.

Do you think Stephen Anderson gets on the field for offensive snaps on Sunday? Can he have an impact? #MailDoug
— @SenecaDavid1
That’s a really good question. I think he might be active. Unless the Patriots really wanted to sign those two additional players to their practice squad, there’s no other reason why they would have added Anderson to their 53-man roster and placed Jacob Hollister on injured reserve.

@DougKyed How many players a team can sign to future contracts ?#MailDoug
— @Proudred_devil
Unlimited as long as they stay under the 90-man roster limit for the offseason.

Do you see anyone on the practice squad being activated during the playoffs?
— @RommelRoo
No, I think the team’s pretty set for now after adding Anderson.

@DougKyed do you think if the pats lose a playoff game or super bowl this year that McDaniels will take over for BB
— @kevindotbox
I think there would be a higher probability of that happening if the Patriots won the Super Bowl.

@DougKyed Hunter Henry or Stephen Anderson? Who do you think will play a bigger role in the game? #MailDoug
— @r_lopes12
Henry.

Do you like emotrap?
— @themindbottler
No, but my friend Mike Magann does.

Do you think Chad O’Shea will leave the Patriots for an OC job elsewhere? #MailDoug
— @JeffWIIM
Hmm, that’s not a bad question. Maybe if a team is willing to wait to fill that role until the Patriots are out of the playoffs.

Like Claude Julien, is it fair to suggest that Belichick too has lost a step and is out of touch with the speed and athleticism you see all around the league? Football intelligence is no longer enough. #MailDoug
— @DOGBULL
Oh boy. OK, guys. It’s been fun. Catch y’all next week. 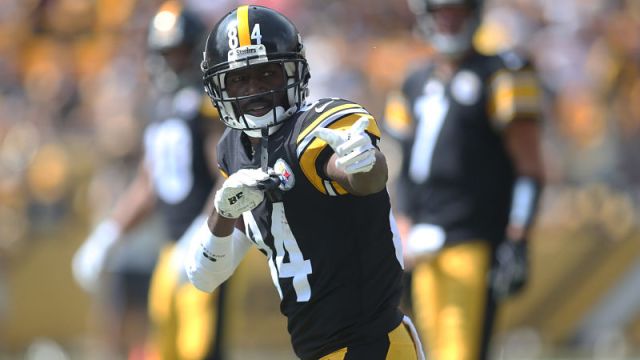 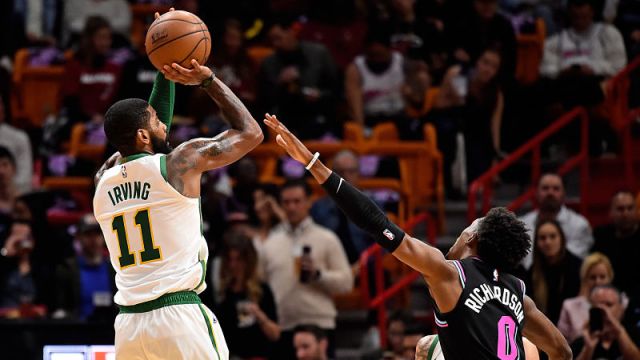