The 41-year-old quarterback the New England Patriots are preparing to head to Arrowhead Stadium on Sunday to face the Kansas City Chiefs in the AFC Championship Game after destroying the Los Angeles Chargers, 41-28, in the divisional round.

New England has been admittedly subpar on the road this season, posting a 3-5 record, leading many to claim this is the last stand for the Patriots. If something about Patriots-Chiefs and the end of New England’s dynasty sounds familiar, that’s because last time the Patriots played at Arrowhead Stadium it got ugly.

The result was a 41-14 win for the Chiefs that led to Trent Dilfer’s memorable postgame funeral for the Patriots.

?We saw a weak team,? Dilfer said after the game. ?The New England Patriots, let?s face it, they?re not good anymore.?

So, what does Brady remember about the last time the Patriots visited the friendly confines of Arrowhead Stadium?

“I just remember playing Cincinnati the week after that game,” Brady told WEEI’s “Mut & Callahan” in his weekly Monday interview.

Brady, like the rest of the Patriots, was abysmal during that 2014 game in KC, throwing for just 159 yards, one touchdown and two interceptions before being benched for Jimmy Garoppolo late in the game.

The Patriots turned it around that season, as they went on to beat the Seattle Seahawks in Super Bowl XLIX and have now gone to eight straight AFC Championship Games and three out of the last four Super Bowls.

Kansas City will try to end New England’s run for real Sunday, but we won’t be surprised if Brady and the Pats are “on to Super Bowl LIII” in a week. 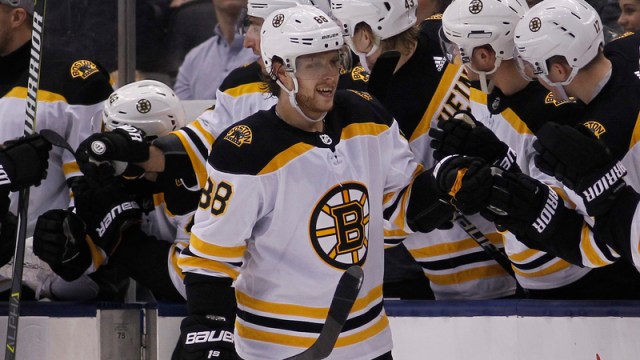