After missing all of the 2017 season with a torn ACL and the first four games of 2018 while he served a PED suspension, Edelman returned with a vengeance, catching 74 passes for 850 yards and six touchdowns over the final 12 games of the regular season.

Then, continuing a trend that’s endured throughout his career, the 32-year-old found another gear in the postseason, tallying nine catches for 151 yards in the divisional round, seven for 96 in the AFC Championship Game and 10 for 141 in Super Bowl LIII. Those performances propelled Edelman into second place in NFL history in playoff receptions and receiving yards behind Jerry Rice and earned him a shiny Super Bowl MVP trophy.

Some honorable mentions: Dorsett saw limited targets but posted a team-best 76.2 percent catch rate and caught two touchdown passes in the playoffs, and Patterson made plays as a pass-catcher, ball-carrier and kick returner, earning second-team All-Pro honors for the latter.

NEEDS IMPROVEMENT
This was a nightmare season for Hogan, and in a contract year, no less. Despite playing more offensive snaps than any other Patriots wideout during the regular season, Hogan caught just 35 passes on 55 targets for 532 yards and three touchdowns in 16 games. He had a few key grabs in the AFC title game but was blanked in the Super Bowl, finishing with zero catches on six targets. There’s a good chance that was his final game in a Patriots uniform.

Berrios drew comparisons to Danny Amendola and other Patriots slot receivers before the 2018 NFL Draft, but the sixth-round pick couldn’t stay on the field in training camp and ultimately landed on injured reserve before the season. Andrews, who spent all season on the non-football injury list, has yet to even practice with the Patriots. Damoun Patterson spent the last three months of the season on New England’s practice squad. All three will battle for roster spots this summer.

TOP OFFSEASON STORYLINES
1. What will this group look like next season? Edelman, Hogan, Dorsett and Patterson were the Patriots’ primary receivers at the end of the season, and Edelman is the only one currently under contract for the 2019 campaign. It wouldn’t be surprising to see the team bring back Dorsett and/or Cordarrelle Patterson, but look for it to be busy in free agency and the draft, as well.

Golden Tate, whom the Patriots tried to acquire ahead of the 2018 trade deadline, is one prominent name to watch. Tate might be the best player available at his position this spring, and he’s said his No. 1 priority is to play for a team that will compete for championships. Tampa Bay Buccaneers slot man Adam Humphries, a former undrafted free agent who enjoyed a career year in 2018, seems like an obvious match, as well.

Reading up on potential Patriots wide receiver targets, and I found this funny: pic.twitter.com/sFfkcfkvP1

Tate and Humphries both work primarily out of the slot. The list of outside receivers set to hit the open market includes Baltimore’s John Brown, Jacksonville’s Donte Moncrief, Kansas City’s Chris Conley, Carolina’s Devin Funchess and the Chargers’ Tyrell Williams. Demaryius Thomas, who’s coming off a torn Achilles, also is available after being released by the Houston Texans this week.

Draft-wise, the Patriots did considerable work on top-end receiver prospects last spring before ultimately waiting until Day 3 to address the position. This year’s wideout class — headlined by Ole Miss’s A.J. Brown and D.K. Metcalf, Arizona State N’Keal Harry, N.C. State’s Kelvin Harmon and others — is considered one of the deepest in years.

2. Will Gordon be in training camp this summer? The troubled former Cleveland Browns star played in 11 games for the Patriots this season before being suspended indefinitely by the NFL for violating the terms of his reinstatement. There’s no indication of when or even if Gordon might be eligible to return to the field, but NFL Media’s Ian Rapoport reported that process could begin as early as this May if Gordon fulfills his treatment requirements.

Asked about the situation during Super Bowl week, NFL commissioner Roger Goodell left open the possibility of Gordon returning to the Patriots.

Gordon, who has continued to interact with Patriots teammates on social media and will receive a Super Bowl LIII ring, is set to become a restricted free agent when the league year opens March 13. It’s unclear whether his suspension will affect his free agent status. 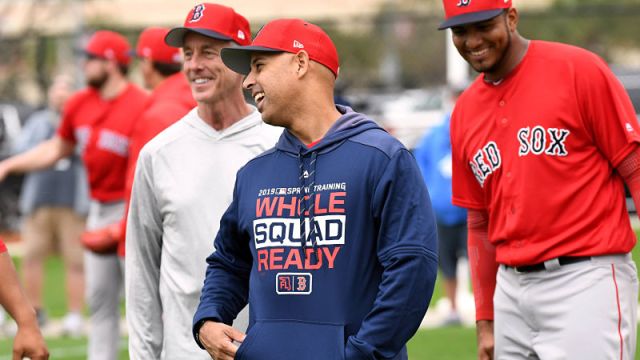 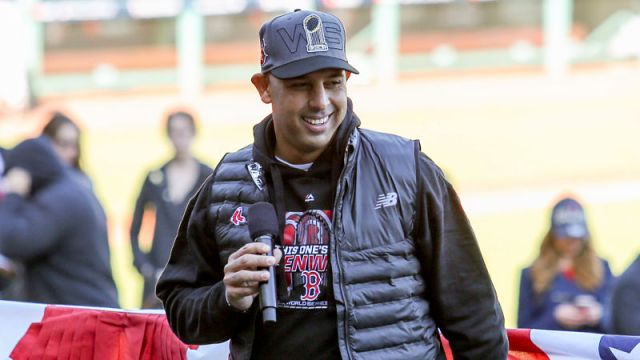