In addition to being a key voice in the argument for replay reform at the NFL Annual Meeting last week, New England Patriots coach Bill Belichick also advocated for another change to the league’s rulebook.

As ESPN.com’s Mike Reiss detailed in his Sunday notes column, Belichick took the floor in a room full of NFL shot-callers and pushed for more offseason practice time — a cause many coaches have championed since the 2011 collective bargaining agreement triggered a seismic change in the league’s offseason schedule.

As for how the topic surfaced at last week’s annual meeting, it was described to me that the context of Belichick’s remarks came as coaches, general managers and others were being briefed on the successes of the league as it enters its 100th season. Belichick then passionately chimed in, and essentially said something along the lines of: While it is nice to hear good things, the focus should be on how it can be even better. One of the ways to do that, he said, was giving coaches more time with players.

The 2011 CBA drastically limited the amount of time teams can spend on the practice field both before and during the season. In addition to outlawing two-a-days, the agreement also reduced the length of the offseason program from 14 weeks to nine, capped the length of practices and allowed for just 14 padded sessions during the season, among other restrictions.

Coaches have argued these current regulations make it unnecessarily difficult to develop young players. This is especially true with offensive linemen, many of whom now enter the NFL having rarely lined up in a three-point stance in college.

“I’m in total support of (Belichick’s) position,” Seattle Seahawks coach Pete Carroll told Reiss. “There’s so much down time for these guys. I think there was a time when older players were bargaining for these breaks when they thought less was better. But these guys (today) love the game and want to be part of it. And we love coaching and helping them.

“The game would just be better if we were able to do that, and if we were in connection with them more, they would be healthier as well — we could monitor their well-being. You don’t even have to mandate that. Just give them the option.”

While Belichick and others were successful in passing a rule to make pass interference reviewable this season, any changes to the NFL’s practice structure will have to wait until the league’s next CBA is negotiated in 2021. 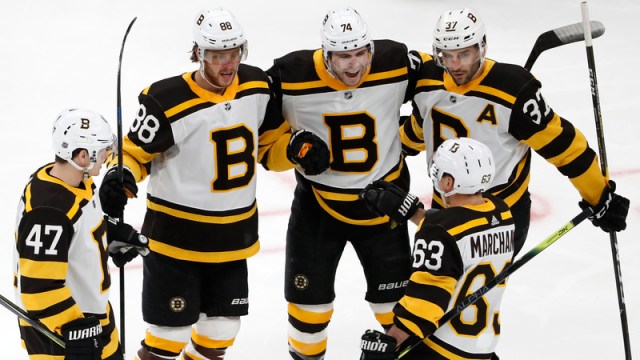 Peter King Believes Patriots Will Open 2019 Season Against This Team