BOSTON — In a word, the officiating in Game 5 of the Stanley Cup Final was poor.

And that’s a dramatic undersell of the actuality of what transpired between the Boston Bruins and St. Louis Blues on Thursday night at TD Garden.

The Bruins fell 2-1, the game-winning goal coming moments after a seemingly unfathomable non-call when Noel Acciari was upended in the defensive zone, pushing Boston to the brink in this best-of-seven series.

After the game, Bruce Cassidy unsurprisingly was steaming over the officiating in the series after Game 3, noting Craig Berube’s press conference ahead of Game 4 complaining about the officiating.

“The narrative changed after Game 3. There was a complaint or whatever put forth by the opposition and it just seemed to have changed everything,” Cassidy said. “The non-call on Acciari, their player is on his way to the box. It’s right in front of the official. It’s a slew foot. Our guy is gone, the spotter took him out of the game for a possible concussion. I mean it was blatant. It had a big effect on the game. This has happened. I’m a fan of the game. This is the National Hockey League. It’s getting a black eye with their officiating in this playoffs. There’s another one that’s going to be talked about.

“I thought it was a great hockey game,” Cassidy added. “That call … I mean there’s time but it really made it difficult for us to get the win tonight. I guess to answer the original question, it was egregious.”

The Bruins, of course, responded by scoring their lone goal of the game in a frantic push to right the ship, and Cassidy was asked what the reaction was on the bench following the non-call on Acciari.

“What was being said was that you missed an effing call is what was being said on the bench for obvious reasons,” Cassidy said. “Listen, we thought we got screwed. But you gotta keep playing and we did. We scored the next goal and gave ourselves a chance to win the game.”

The Bruins looked like the better side through 20 minutes, but couldn’t break through in the first period. The Blues potted the first goal of the game early in the second, and bounces, and calls, never went Boston’s way.

It was a night should have been all about Zdeno Chara and his heroic return to the ice. Instead, we’re talking about the refs. 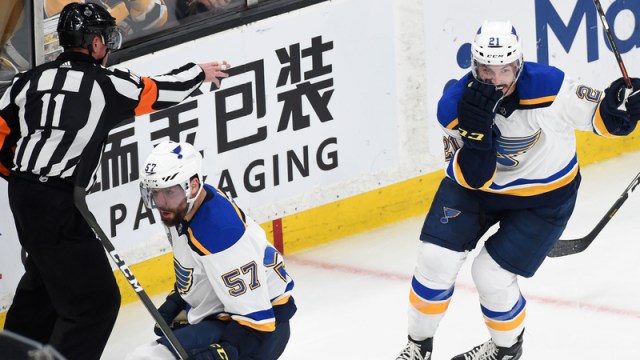 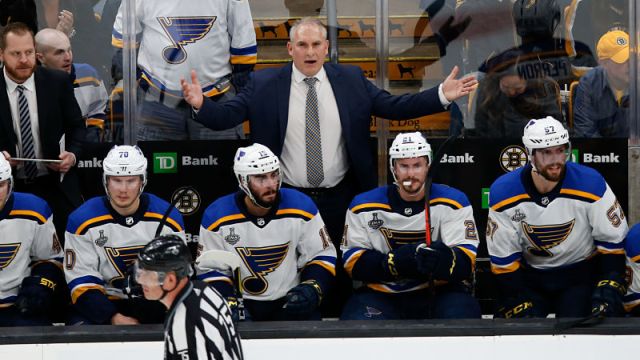