NASHVILLE, Tenn. — The friendliness between the New England Patriots and Tennessee Titans didn’t stop the two teams from getting into frequent shoving matches Thursday in joint practices.

That will happen when it feels like 92 degrees with 61 percent humidity.

Here’s everything we observed at Thursday’s session:

— Wideouts Phillip Dorsett and N?Keal Harry were limited in practice and departed after warmups.

— Receivers Julian Edelman (NFI) and Demaryius Thomas (PUP) were present but not in uniform. Thomas (Achilles) performed resistance sprints before practice. He was moving pretty well.

— Gunner saw some reps at … gunner.

— Cornerback JC Jackson had a pass breakup during 11-on-11 drills. He actually should have had a pick six but couldn’t reel the ball in.

— Dawson probably had his best practice in his two years as a Patriot.

— Crossen blew a coverage in 11s, leading to a touchdown.

— There was some chippiness on both sides of the field during pass rush 1-on-1s with a couple of near-fights. Good reps: Patriots defensive tackle Nick Thurman showed off an impressive swim move. The bad: Patriots offensive tackle Tyrie St. Louis had his shoes stolen by Titans pass rusher Derick Roberson.

— A shoving match between Gilmore and Titans rookie receiver A.J. Brown turned into a full-on scuffle. McCourty tried to play peacemaker, but then Titans wideout Tajae Sharpe got in his business. Titans coach Mike Vrabel ultimately put it to an end, telling his receivers to get off the field — except he used more profanity. It wasn’t too serious.

— Patriots offensive tackle Dan Skipper threw up midway through practice. He dealt with a heat-related issue Wednesday, too.

— Berrios had two big receptions from Brady. One was called back because of a holding penalty, however. Berrios was probably the Patriots’ best receiver Thursday. Meyers also hauled in a nice catch. Berrios delivered a nice block on a long reception by Meyers.

— Gilmore used the 12th man — the sideline — well to force a couple of incompletions.

Marcus Smart Calls Out Team USA For Scrimmage Loss: ‘This Is Embarrassing’ 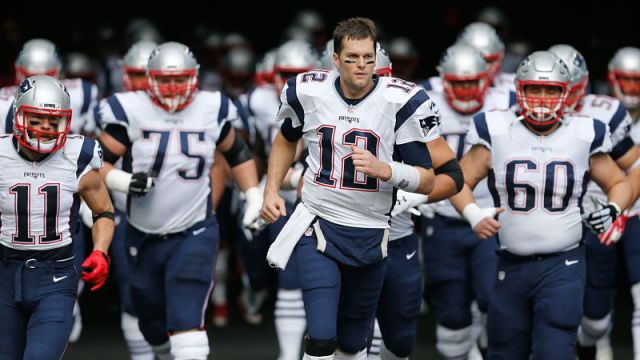