The Patriots cut Brown on Friday after it was reported that the wide receiver sent intimidating texts to a woman who had accused him of sexual misconduct. Brady on Monday was asked about his team’s choice to release Brown.

“I do have a lot of personal feelings, none of which I want to share. …,” Brady said on “The Greg Hill Show,” via WEEI’s Ryan Hannable. “It is a difficult situation. That is how I feel.”

Brady went on to talk about his relationship with teammates.

Tom Brady, on @TheGregHillShow, speaks from a philosophical perspective after initially being asked about the release of Antonio Brown. pic.twitter.com/9bYdrOz7IC

After Brown was released, Brady commented three hearts on one of the receiver’s parting Instagram photos. That was before Brown went nuclear on the NFL, including Patriots owner Robert Kraft, via social media Sunday morning.

Brown tweeted, “Kraft got caught in the parlor AB speculations fired different strokes different folks clearly [sic].” Kraft was charged with two counts of solicitation in February after allegedly being caught receiving sex acts in a Florida massage parlor. Kraft has not yet been disciplined by the NFL.

The seven-time Pro Bowl selection also was accused of sexual assault and rape in a civil lawsuit Sept. 10. Brown signed with the Patriots on Sept. 9, played in their Week 2 win over the Miami Dolphins and was released the following Friday.

Brady reportedly was “one million percent in” on the Patriots signing Brown and even offered to let the receiver stay at his house. 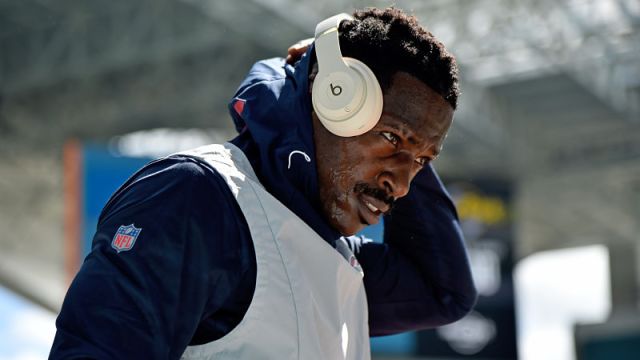 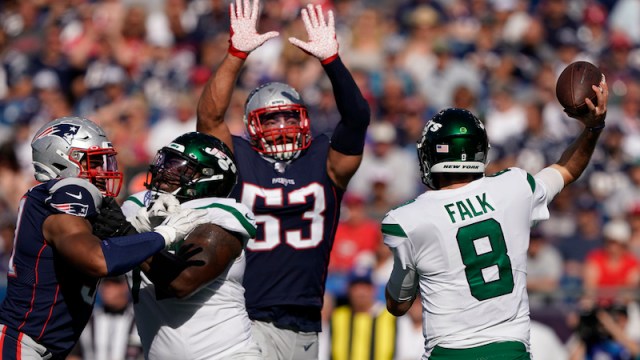