Jason Whitlock believes the Patriots are dead, but he’s certainly not in mourning.

New England, which looked more like a pretender rather than a contender in the second half of the season, made its road to Super Bowl LIV even more difficult Sunday by falling to the lowly Miami Dolphins. Instead of enjoying a bye week this weekend, the Patriots now are forced to do battle in the Wild Card round for the first time in a decade.

Whitlock is high on the Tennessee Titans’ chances of pulling off an upset Saturday night at Gillette Stadium. So much so that on Monday he laid out the details of New England’s “funeral,” which will officially signal the end of the Patriots dynasty.

“… It’s over. Say it with me, ‘O-V-E-R,'” Whitlock said on FS1’s “Speak For Yourself. “Brian Flores and the Miami Dolphins killed the Patriots dynasty yesterday. Seventeen-and-a-half-point underdogs bounced the Patriots out of the two-seed and a first-round playoff bye. Ryan Fitzpatrick’s touchdown dart with 20 seconds to play pushed the Patriots into the Wild Card round, put Tennessee in position to perform last rites on Belichick and Brady this Saturday at 8 p.m. ET. CBS’ Jim Nantz and Tono Romo will officiate the funeral. In lieu of flowers, Belichick has asked NFL fans in Kansas City, Baltimore, Houston and Buffalo to send sideline hand signals from their favorite football teams. Watching the Patriots disintegrate into madness felt far better than I anticipated.”

Whitlock continued: “Look, I respect (Bill) Belichick and (Tom) Brady and all that they represent, but 20 years of unchecked power is too long. As a Chiefs fan, this demise is sweet and overdue. Saturday night, when Ryan Tannehill, Derrick Henry and Mike Vrabel, another Belichick disciple, finish off the Patriots, I will transition into giving Belichick and Brady the same kind of respect I gave and give Michael Jordan once his Bulls dynasty ended. But today, I’m celebrating. The Patriots are dead. Vintage Tom Brady isn’t walking through that door. His receivers stink, they can’t match his level of commitment. Brady questioned his younger teammates’ commitment last Friday, two days before the Dolphins came into Gillette Stadium and ruined Brady’s bye week. Hell, there are even rumors Belichick might be interested in the Giants job. Oh my, would I love to see Belichick leave the AFC. That would be awesome. Leave the AFC to John Harbaugh, Lamar Jackson, Andy Reid and Patrick Mahomes. I’m getting ahead of myself. First, we must prepare for Saturday’s funeral. The Patriots are favored by 5 1/2 points. The oddsmakers in Vegas don’t know the Patriots are dead yet. Lucky for you and me, we can turn a profit on their death.”

Today?s #Whitlogue: Let?s have a moment of silence for the death of the New England dynasty so you can hear me laugh out loud. @WhitlockJason pic.twitter.com/YUeMYdiP3t

There’s a chance Whitlock could end up with quite a bit of egg on his face. Should the Patriots take down the Titans, they will then travel to Kansas City for a divisional-round matchup against Whitlock’s beloved Chiefs. While Patrick Mahomes and Co. came out on top in the teams’ Week 14 clash, the Patriots surely can find confidence stemming from their AFC Championship Game win at Arrowhead Stadium last January. If New England were to eliminate Kansas City on its home turf two seasons in a row, we can’t imagine how Whitlock would handle it.

That, of course, is a big “if” at this point. If the Patriots perform against the Titans as they did against the Dolphins, a one-and-done likely will be in store for Brady, Belichick and Co. 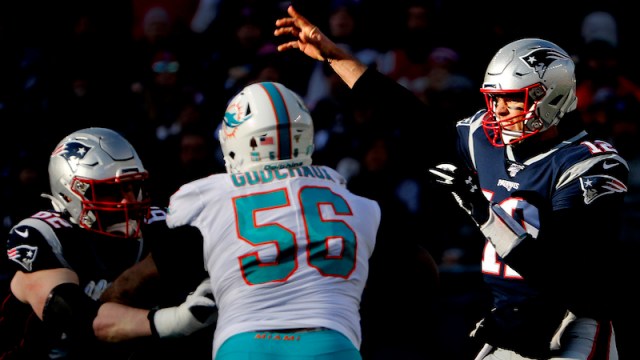 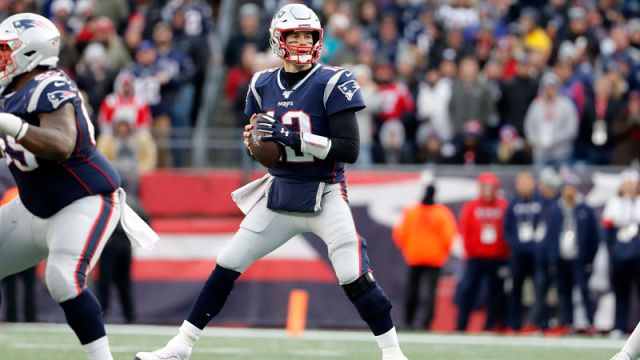