FOXBORO, Mass. — Some assorted notes and nuggets from the New England Patriots’ 24-17 victory over the Buffalo Bills on Saturday at Gillette Stadium:

— The Patriots checked one box on their end-of-season checklist, clinching their 11th consecutive AFC East title. Next on the docket: securing a first-round playoff bye, which could happen as early as Sunday night.

A Kansas City Chiefs loss or tie against the Chicago Bears would lock up the No. 2 seed for the Patriots, granting them free passage to the divisional round for the 10th straight season.

If the Chiefs win, all the Patriots need to do to avoid playing on wild-card weekend for the first time since 2009 is beat the Miami Dolphins at home in Week 17. A one-week break would be highly beneficial for the Patriots, who are currently are dealing with multiple injuries on both sides of the ball.

Slot cornerback Jonathan Jones missed Saturday’s game with a groin injury. Corner Jason McCourty (groin) and right tackle Marcus Cannon (ankle) both left and did not return. Wide receiver Julian Edelman has battled myriad injuries this season. Quarterback Tom Brady sported a large ice pack on his elbow after the game — the result of a “new injury,” he said.

“I?m 32, so obviously an off week sounds great,” safety Devin McCourty said. “But I think the cool part is, this is two years in a row, the last two games of the regular season have really turned into playoff games for us. You win today and you win next week and you don?t have to play opening week of the playoffs. Essentially, we win two games, we get the first week of the playoffs off, so essentially, that?s a playoff win for us. I think that guys understand that, we?ve developed that mentality for here on out. We need to have a mentality of ‘win or go home.’ ”

The Patriots also still are in the running for the No. 1 seed and home-field advantage, though that would require the Baltimore Ravens to lose both of their final two games. They visit the Cleveland Browns on Sunday.

?It?s big,” cornerback Stephon Gilmore said of next week’s matchup with the Dolphins. “It?s another playoff game. Win next week and we get a first-round bye. We don?t need much more motivation than that.?

— Bills No. 1 receiver John Brown caught just one pass in the game, but it was an important one. The speedster used a double move to beat Gilmore and Devin McCourty for a 53-yard touchdown that put Buffalo ahead 17-13 midway through the third quarter.

53-yard TD on the pass from @JoshAllenQB to take the lead! #GoBills

Gilmore was asked after the game what went wrong on the play.

“It was a good play by them,” the Patriots’ star cover man replied. “I adjusted after that, and it didn’t happen no more. That’s what it’s about. Learn from your mistakes, good or bad, and get ready for the next play.”

New England’s defense responded by forcing a three-and-out on each of the Bills’ next two possessions and keeping Buffalo off the scoreboard the rest of the way. The Bills drove to the Patriots’ 8-yard line in the final minutes, but cornerback J.C. Jackson broke up a fourth-down heave by Josh Allen to seal the win.

“It was a big stop for us after that,” Gilmore said. “They made a great play. We were able to put it behind us and play tight coverage and make them beat us, and we were able to do that at the end.”

“I?ve had the jersey for a while,” he explained. “Obviously, Curtis Martin played here, but it?s a funny story. When I was growing up in New York, he played for the Jets, and I actually wrote him a letter telling him I was a twin and wanted to play in the NFL someday, and he sent me three rookie cards signed — one for me, one for my twin brother and one for my neighbor.

“I always had a tremendous amount of respect (for him) — especially once I made it to the NFL and kind of realized how hard that is — as a professional, to go through fan mail and read that and send that back. I?ve always been a fan of Curtis Martin. I didn?t know him, but I obviously thought he stood for a lot.” 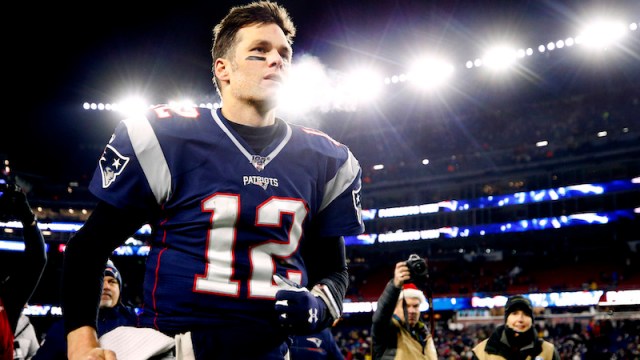 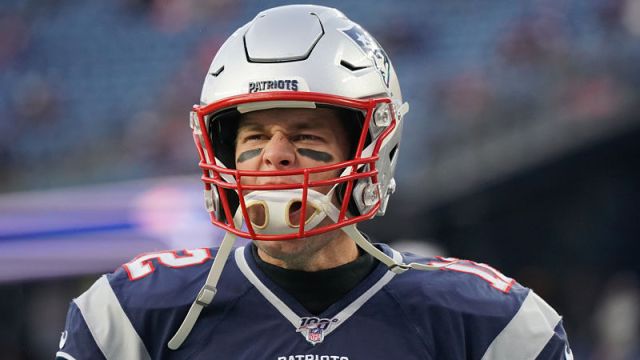