Despite recent chatter suggesting otherwise, Josh McDaniels is sticking around in Foxboro.

McDaniels was viewed as a top head-coaching candidate this winter but ultimately didn’t end up with any of the five teams that had vacancies. The Browns appeared to be McDaniels’ likeliest destination, but Cleveland opted for now-former Vikings offensive coordinator Kevin Stefanski instead. But McDaniels, an Ohio native, reportedly is “pleased” Cleveland didn’t hire him.

Sports Illustrated’s Albert Breer also believes McDaniels isn’t dwelling on the last head-coaching job he was in the mix for. As fans surely will remember, McDaniels two years ago was in line to become the next coach of the Indianapolis Colts before backtracking on his decision and returning to New England. While the decision might not have been good for optics, Breer believes McDaniels has no regrets.

McDaniels has a very defined and detailed vision for how football operations should set up, and this isn?t about power over picking players. If it was, McDaniels wouldn?t have spent months building a relationship with Colts GM Chris Ballard ahead of that. In Indianapolis, Ballard?s a very clear No. 1 in football ops and was going to maintain personnel control regardless.

The disagreement there was how other parts of the building were set up — things that, quite frankly, fans don?t care about. Who picks the strength-and-conditioning staff? Who picks the trainers? How does medical work? How is video set up? There are a million pieces of this that you never hear about that matter a lot to football people. And because Ballard and McDaniels weren?t eye-to-eye on some of that, doubt crept in; Robert Kraft then sensed it and pounced with an offer that helped McDaniels decide to stay.

I personally think the experience has helped McDaniels better define for himself what he needs for his second shot at being a head coach. And he laid that out for the Browns last week. That Cleveland didn?t hire him was, in part, because they didn?t want the sort of sweeping change he was advocating. Which is a better result than what everyone went through in January and February of 2018.

McDaniels is in no position to rush. As long as he remains in New England, his name likely will surface every offseason when the new crop of head-coaching vacancies comes together. The 43-year-old at this point just seems to be waiting for the ideal gig, but in the meantime, you can do a lot worse than coaching under Bill Belichick.

Tom Brady To Bucs? Why QB Does (And Doesn’t) Make Sense For Tampa Bay 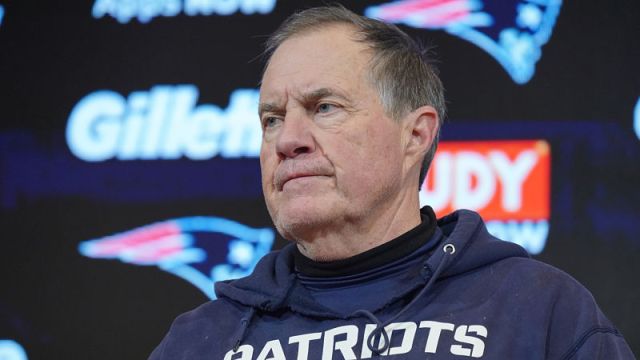 ESPN Believes This Patriots Trade Was ‘Most Useless’ Of 2019 Season