The New England Patriots’ backfield could get very crowded this week.

With Damien Harris now eligible to return from injured reserve, the Patriots could have as many as five running backs available for Sunday’s matchup with the Kansas City Chiefs, all of whom can contribute offensively.

“Right now, we’re still waiting to get the final word on whether we have everybody ready to go. Believe me, it’s a good problem to have. I like it.”

Here’s what Fears had to say about each of the Patriots’ five backs:

DAMIEN HARRIS
Harris was the Patriots’ best running back in training camp after hardly playing as a rookie, but a late-summer finger injury landed him on IR before Week 1.

Fears said he doesn’t yet know whether the 2019 third-round draft pick will be available this week.

“I’m really excited — excited about having Damien back if we can get him back,” Fears said. “I think we’re all kind of anxious to see what he will do when it’s truly go time. Everything he’s shown has been outstanding. He having a great training camp, so it was kind of unfortunate to get a little finger injury before the opening game.

“But yeah, we’re all kind of on pins and needles on this one. We’d like to see where he’s going to be and what he’s going to do.”

Under new NFL rules put in place for this season, players can return from IR after just three weeks, down from the usual eight. Once a player returns to practice, his team has 21 days to add him to the 53-man roster. This can happen at any time, so any player placed on IR between cutdown day and Week 1 will be eligible to play this week if activated.

The Patriots are scheduled to hold their first practice of the week this Wednesday.

Harris, who made just two garbage-time appearances last season, looked like a legitimate threat to supplant Sony Michel as New England’s lead back this summer. We’ll see if he can maintain that momentum once he returns to the field.

SONY MICHEL
After a lackluster start to the season, Michel enjoyed one of the best games of his Patriots career Sunday, rushing for 117 yards on just nine carries in a 36-20 win over the Las Vegas Raiders.

Two of his carries went for 38 and 48 yards, both surpassing his previous career-long of 33. Those came on back-to-back touches spread across two Patriots possessions.

“I saw the guy that we hoped would be out there running,” Fears said. “… Things worked out really well for him in this game. He made the right decisions, he made the right reads, he did all the things he was supposed to do, and he was very, very productive. That’s what he’s got to do every week, but sometimes, it’s not always in his control. That’s just the nature of the game.”

Michel also was more involved than usual in the passing game, catching two passes on two targets for 23 yards. It was just the fifth time Michel had tallied multiple receptions in an NFL game.

“Sony’s always had the ability to catch the ball,” Fears said. “The problem was just getting him out there, especially in practice, and trying to utilize them with what’s best fits him, which was as a runner first. But the passing game — he has to be involved in the passing game. That’s going to be a part of his game, and we’re happy it’s finally coming to, and we’re going to try to make some more of it. The guy has got very good hands. He’s a very good athlete in the open field with the ball. So we’re gonna take advantage of that as we go along here.”

Michel, who managed just 19 yards on seven carries in New England’s Week 2 loss to Seattle, missed most of training camp this summer following offseason foot surgery. Fears was asked whether the third-year pro is back to full speed after that layoff.

“He looks pretty good to me,” he replied. “You talk about no spring, really no preseason games. I think he’s getting to where he wants to be. I really do. You should ask him that, though. It’ll be interesting to see what he says about that one.”

J.J. TAYLOR
Harris’ injury created an opportunity for Taylor, and the undrafted rookie has capitalized, turning in impressive performances in two of the Patriots’ first three games.

On Sunday, Taylor saw his heaviest workload yet, both in snaps (15) and in carries (11, plus one reception). He finished with 43 rushing yards (3.9 per attempt) and helped jump-start New England’s stagnant offense late in the first quarter.

“We’re very happy with J.J.’s growth and development,” said Fears, who’s compared the 5-foot-6 Taylor to both Dion Lewis and Darren Sproles. “We only look forward to him getting better and better. He’s kind of an exciting guy, and we’re looking forward to seeing what he really does as he goes along here.”

Will Taylor continue to see snaps and touches, though, once Harris is activated? Fears isn’t telling.

“Man, that’s hard to predict,” the coach said. “I can’t call that one. We’re going to play the guys that are ready for that game, and we’ll go that way. But which way it’s going to go, I don’t know. I really don’t know.”

Taylor also has been the Patriots’ primary kick returner this season, though fellow rookie Kyle Dugger also has taken reps in that role.

REX BURKHEAD
Burkhead scored all three of the Patriots’ offensive touchdowns against Las Vegas (two rushing, one receiving) and finished with 98 yards from scrimmage, the second-highest total of his Patriots tenure. The 30-year-old has led all New England backs in playing time in each of the last two weeks and split reps equally with Michel and James White in Week 1 (19 apiece).

The biggest question with Burkhead always revolves around injuries — he’s missed 17 games since joining the Patriots in 2017 — but he’s remained healthy so far this season, fully participating in every practice since the start of training camp.

“Every day in practice, the guy comes up and exemplifies what it means to be a tough football player,” Fears said. “I mean, he plays nicks and bruises, he’s a hard-headed rascal, he goes all the time. He’s just what you’re looking for as a coach. You know he’s giving you everything he’s got every day, whether it’s in practice or whether it’s in the game. For a guy that’s only a little under 210 pounds, he plays like a big guy, and that’s special for him.”

JAMES WHITE
White has sat out the last two games following the tragic death of his father. As of Tuesday morning, he had yet to rejoin the team.

“I think I should let him answer how he’s doing,” Fears said. “All I can say is that we love them and we’re trying to be there for him. We really are. We’re looking forward to when he gets back, and we’ll take it from there. Whatever he needs, what we’re going to try to do. Whatever he needs.” 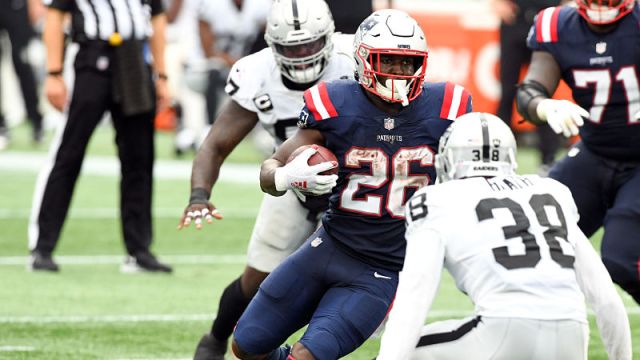 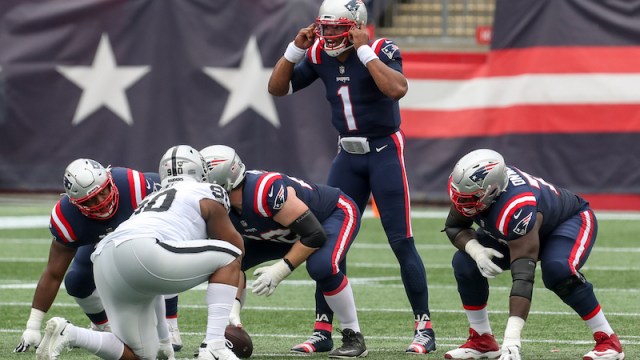