The Boston Red Sox dropped their series opener to the Seattle Mariners on Monday night.

They also lost ground in the standings, now slightly behind with the New York Yankees for the second Wild Card spot, while the Toronto Blue Jays moved ahead of both teams. Boston is 81-65 on the season.

ONE BIG TAKEAWAY
Manager Alex Cora has been preaching it to reporters during the season: “When we play good defense we become a really good team.”

That was not the case Tuesday, as Boston allowed four unearned runs against Seattle. An error by Kyle Schwarber (that should have ended the seventh inning) seemed to be the turning point. One more baserunner got on after that, setting the Mariners up for a three-run home run.

STARS OF THE GAME
— José Iglesias had a day. In the third inning, he hit his first home run in a Boston uniform since his last stint with the team in 2013, cutting their deficit to 2-1.

— Despite getting hit around a tad early on, Eduardo Rodriguez settled into his game to go a full six innings allowing one earned run on six hits and a walk. He struck out six, throwing 74 of his 107 pitches for strikes. Rodriguez also retired 12 of the last 16 batters he faced.

— Seattle’s Mitch Haniger hit a three-run home run off Ryan Brasier after an error that should have been the third out put runners on base. With that, the Mariners took a 5-2 lead.

WAGER WATCH
Boston was the underdog at +110 odds while tied at 2-2 in the sixth inning. Just an inning later, they were favored with -130 odds. Hopefully the line change didn’t compel you to place your bet on the Red Sox at that point.

NEXT UP ON NESN
The Red Sox will take another crack at the Mariners on Tuesday, with another late one getting started at 10:10 p.m. ET. 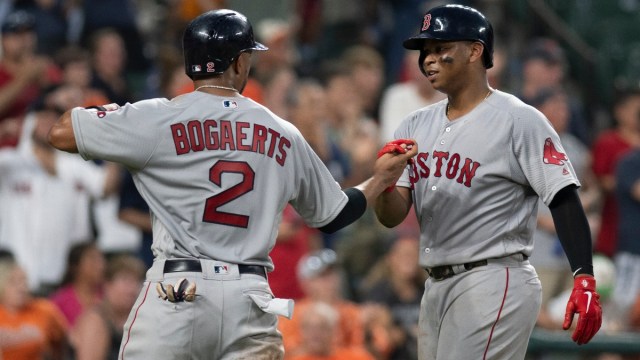 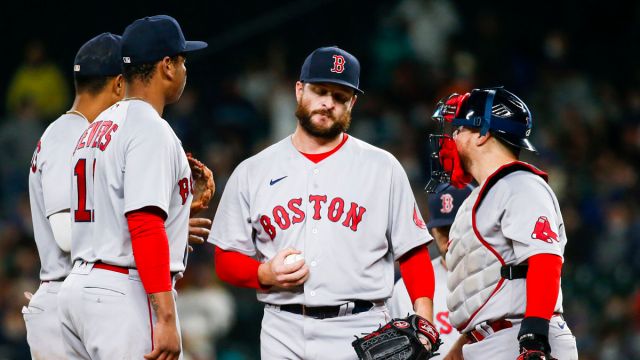