The 2010 season was an extremely ordinary one for J.D. Drew.

His batting average was down, but just five points below the league average. He had 22 home runs, only two fewer than last year, and 68 RBIs, equal to his 2009 total. He nearly went a full year without committing an error before a miscue in the season finale ruined that pursuit. The 34-year-old appeared in 139 games. In the Red Sox' outfield that amounts to the workhorse, but it doesn't jump off the page.

No, there were no eye-popping fluctuations. That is except for one area which reflected Drew's struggles at the plate. He worked just 60 walks and had an on-base percentage of .341, the lowest mark since he was a rookie with St. Louis in 1999.

Even when Drew's traditional numbers (batting average, home runs, RBIs) are down, he has always had a penchant for getting on base, running the bases extremely well and playing a top-notch right field, thereby giving the club some of its value for the five-year, $70 million contract he signed before the 2007 season.

With such a sharp decline in his seeming ability to judge pitches (he also had one of the higher strikeout rates of his career), there figured to be a cause. For Drew, and the organization, blame was placed on an expanded strike zone.

"The strike zone bothered him probably more than any hitter we have," said general manager Theo Epstein. "He's really reliant on working the count and using his discipline in order to get a good pitch to hit later in the count. He had his struggles this year with the strike zone. His walks were down, got him out of his natural swing a little bit to where he wasn't able to stay inside the ball. Because he was having troubles with some of the pitches just off the plate he got in a mode where he had to hook the ball a little bit."

Digging deeper into the numbers suggests there is merit in what Epstein said this week and in what Drew complained about in August.

Drew swung at 20.7 percent of pitches outside the strike zone, more than a 5 percent spike from 2009 and his highest rate since 2003. Additionally, he made contact on 69.9 percent of such wayward pitches, 18 percentage points above his career norm and a clear indication that he was chasing balls for fear they would be called strikes. Slow rollers to second base became the norm.

Drew said as much when approached on the subject in August.

"It affects the way you approach the at-bats in the future," he said. "I found myself a lot of times chasing pitches that I normally wouldn't."

For a guy like Drew who is a slave to plate discipline, often passing on pitches a millimeter off the plate, an expanded zone would force an adjustment that might not be easy to make. When you are used to letting a certain pitch go by for a ball and it is suddenly called a strike with consistency, then swinging at that pitch now becomes a bit more necessary.

Epstein indicated that Drew never had the hot streak in 2010 that he was known for in those other seasons with the Sox, no matter how offensively mundane they may have seemed on the surface.

Some may recall the insane stretch he had when David Ortiz was hurt in 2008, batting .337 with 12 homers and 27 RBIs in the month of June. Just last year he hit .340 with 12 home runs over the last two months of the season.

In 2010, the best he could muster was a strong beginning to the month of May and a slight power surge at the end (10 home runs in his last 39 games). Perhaps that was a sign that some adjustment had been made, although the walks remained low during that time frame.

Drew's big deal ends after next year. He will be 35 at the time and likely not part of the team's plans going forward. He has even hinted at retirement.

The swan song will have lasting effects on the legacy of a guy who has drawn the ire of some fans, due in part to his tendency to get hurt from time to time, but also due to his seemingly pedestrian offensive contributions.

In 2010, there may have been a reason for this. Otherwise it might not have been so ordinary. 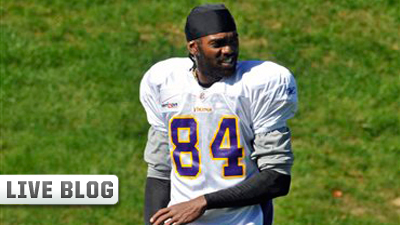