Celtics Not Satisfied But Willing to Accept Any Type of Win and Other Impressions From Boston's Victory Over Wizards - NESN.com Skip to content BOSTON — The sharpshooter was making golf analogies and the Celtics had just won a ballgame. It was like old times in the home locker room at the TD Garden.

The only differences were that this sharpshooter was not Ray Allen but Jason Terry, and the ballgame the Celtics had just won was a dreadful-looking escape act against and underwhelming opponent missing its two best players.

At this point, though, the Celtics cannot be picky. While they were far from satisfied with their effort in the 100-94 win over the Washington Wizards on Wednesday, the Celtics were glad to earn their first home win of the season and finally get their record to .500.

“The energy level was definitely a lot better,” said Terry, who scored 16 points in his first productive game off the bench. “I feel a little more comfortable on both ends of the floor, but for me it’s about making shots. If this was golf, I thought I left a couple birdies out there from deep, but it’ll come. I’ve said that this is a process for us. This is about playing 48 minutes of Celtics basketball and I thought [Wednesday] we played in spurts. We played in stretches. That’s not going to be good enough for us.”

Four games into the season, this is what the Celtics (2-2) are, Celtics coach Doc Rivers admitted. That they needed overtime to overcome an opponent that was missing John Wall and Nene was academic for a team that opened the season with a pair of double-digit losses to Miami and Milwaukee.

“Listen, I love winning and I want to win every game,” Rivers said. “But their two best players aren’t playing, so to me, we should’ve won the game. The fact that it was still close, and there were some calls that could’ve gone either way, and overall we kept our composure, that’s always a good thing.”

Kevin Garnett put in a spirited effort with 20 points, 13 rebounds and two blocked shots, while Rajon Rondo had 18 points, 14 assists and three steals in 44 minutes. But they also picked up five fouls and four fouls, respectively, and most of their teammates were unable to generate strong efforts for more than a few possessions at a time in the clutch.

Brandon Bass was huge when it mattered, scoring five of Boston’s 12 points in overtime, and Chris Wilcox contributed three crucial minutes in the third quarter. But Paul Pierce missed 10 of the 12 shots he attempted, and his field goal percentage through four games stands at 35 percent.

Terry is brutally honest, even when the subject of his criticism is himself. The veteran shooting guard has admitted that practice was never his top priority before he came to Boston, and he acknowledges that he has never been known for his defense.

Therefore it was surprising to see Terry on the court for the final five minutes of regulation, including the pivotal final possessions when the Wizards had a chance to win in the waning seconds. Even though there were glaring defensive breakdowns on Washington’s last two possessions, none of them were committed by Terry.

“It’s funny, we left Jason in because he was playing great defense,” Rivers said. “That may be the first time in his career that’s ever been said about Jason Terry. But he was terrific. I thought with the ball pressure, he did a lot of good things defensively, and when he does that with his shot, we keep him on the floor because he gives you a shooter’s chance.”

Terry’s 16 points were his most as a Celtic and led everyone on Boston’s bench.

Early in overtime, Martell Webster collected the ball on the wing, isolated against Pierce. The 25-year-old forward faced up, hesitated and then beat Pierce to the edge, pulling up at the left block for a short fadeaway jump shot that knotted the score at 92-92.

As the ball slipped through the twine, the Garden public address announcer informed the crowd that Chris Singleton had just scored.

The error was understandable. Singleton had just finished tearing the Celtics apart in the fourth quarter, so everyone was used to saying his name by then. The 6-foot-8, 230-pound forward out of Florida State scored 12 points and added four rebounds, two assists and two steals in the fourth, including a thunderous dunk to tie the game with 9.4 seconds remaining, to lead the Wizards’ 30-point onslaught in the quarter.

Singleton has played less than eight minutes to that point, but he played the entire 17 minutes of the fourth quarter and overtime in Washington’s close loss. 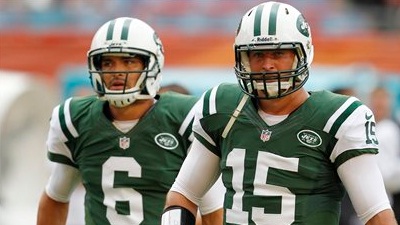 J.J. Redick Was Always Going to Turn Out Better Than Adam Morrison in NBA