BOSTON — Anyone who claims that a dunk is only worth two points has never been in the building when a player delivered a true facial to a helpless defender.

Jeff Green produced just such a highlight-reel dunk on Wednesday, when the reserve forward bulled into the lane, elevated over Al Jefferson and slammed the ball home over the reeling Utah Jazz center. The TD Garden crowd erupted in cheers, which turned to boos when Green was whistled for a technical foul for briefly staring down Jefferson after the dunk.

In the immediate aftermath of the dunk, however, Green did not hear the crowd or the whistle. He only heard a teammate offering him a few four-letter words of encouragement.

“I heard Kevin Garnett,” Green said after the Celtics’ 98-93 win. “Use your imagination and just think of Kevin Garnett. It was explicit. He said it to me the other day, what I need to be, and that’s basically what he said.”

Garnett told reporters earlier in the week that Green was too “nice” and that Green needed to be more of a, um, synonym for “jerk” that starts with the letter “a.” Garnett did not speak to reporters following Wednesday’s game, rushing home to deal with a family matter, but chances are he would have said Green lived up to that PG-13 title for one night.

Green admitted he earned the technical, and he also admitted that his aggressive play over the last two games has been deliberate. He attacked the hoop in the second half against the Bulls and did the same, clearly, against the Jazz. He finished with 16 points, tying Leandro Barbosa as the high scorer off the bench on a night the Celtics’ reserves outscored Utah’s 47-25.

“I have been playing a little lackadaisical as far as the effort in the prior couple games, so it felt good to get that [dunk],” Green said. “It kind of boosts your confidence up and gets you going a little bit.”

Green can continue to be a nice guy at home, on the street and in the locker room, but on the court the Celtics hope he is the opposite, especially if it leads to more plays that have a far greater impact than just two points.

Check out Green’s monster jam in the video below. 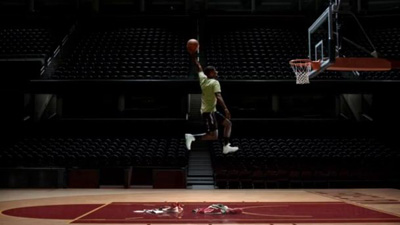 Rajon Rondo’s Ankle Injury Leaves Celtics to Briefly Ponder Life Without Him, Which Works Out for One Night