Michael Phelps has always been looking to make a splash, and now he’s looking to do so on the felt tables of the World Series of Poker.

The 18-time Olympic medalist recently sat down for his first World Series of Poker event, the culmination of a longtime hobby, which has included some serious practice. Back in 2012, Phelps was reported to play in a weekly $25,000 game on the website Chipist, and TMZ said the 27-year old once earned $100,000 in a cash game.

However, Wednesday’s tournament marked Phelps’ first in a WSOP-sanctioned event, which certainly indicates that the former swimmer (who insists he’s definitely staying retired) is getting that much more serious about his card playing. In fact, Phelps didn’t even necessarily plan to get started on Wednesday, according to CardPlayer.com

?It?s kind of weird,? Phelps said. “I wasn?t even going to play today. I just wanted to come over and see everything, and somehow these guys talked me into playing. Antonio [Esfandiari] and [Jeff Gross] told me we should just throw in a buy-in and see what happens at your first World Series event.?

The tournament that Phelps joined was a $5,000 no-limit hold ’em game. Don’t count on this being a rare occurrence, either, as Phelps says he plans to play some more in the summer series to see how he stacks up.

“I?ve never been out here, and all these guys always seem like they?re having so much fun when they play,” Phelps said. “If I ever win a bracelet before [they] do, they?re going to be really pissed. So we?ll see what happens.”

We’re not sure if any of Phelps’ skills in the pool will correlate to poker. But perhaps some of those breathing exercises may come in handy while trying to keep his cool under pressure and maintaining that poker face. 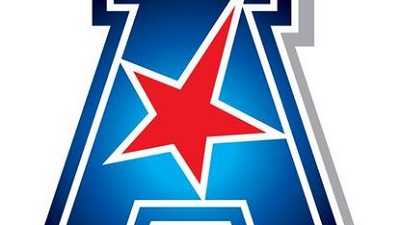