The Red Sox find themselves in first place with the All-Star break fast approaching, but that doesn’t mean they will be passive at the trade deadline.

The bullpen is one area where Boston may look for some help due to recent struggles in the closer position. An additional position player, as well as another starter now that Clay Buchholz‘s injury continues to linger, could also be in the works.

Could the big names like Jonathan Papelbon and Giancarlo Stanton be coming to Boston? Let’s tackle that question and more in this week’s mailbag.

Do you think Jonathan Papelbon is coming back to Boston? Is it the right move?
— Fernando Zornoff

I do not think the Phillies will part with Jonathan Papelbon, even if they are totally out of it at the deadline. They have a huge TV contract pending and need their star players as pieces to market moving forward. A rebuild is not in the cards for them. I also would be very surprised to see the Red Sox be interested. The back end of his deal would be a huge concern.

Will the Red Sox trade for a starting pitcher?
— Chad Oliveira

I don’t think so. I think they are deep enough in that area, assuming Clay Buchholz returns soon and everyone can stay healthy. I also think they are starting to put together a strong farm system and will be somewhat reluctant to part with some of the players they have high hopes for.

Any chance the Sox make a move for Giancarlo Stanton? What are your thoughts on what the Sox need and what they might do before the trade deadline?
— Jesse Bernett

I would love to have Giancarlo Stanton here. We saw him last year in Miami, and he is a pure power hitter. His presence in this lineup would be amazing. I think the Sox’ priority will be to shore up their bullpen at the deadline. Health, though, is always the wild card. We will see how healthy they are come the end of July.

Please tell me why John Farrell keeps bringing Andrew Bailey in in a one-run game when he has given up a home run in his last four outings?
— Susan Mistretta

It obviously backfired, but John Farrell was trying to give Andrew Bailey some confidence to get him back on track. He actually had great velocity and looked very good against the first two batters he faced. He’s a work in progress.

Who do you think will make the All-Star Team — from Boston, of course!
— Diane Belliveau Ciccone

I think David Ortiz and Dustin Pedroia will certainly make it. I also think Jacoby Ellsbury could get voted in by the players, and I think if Clay Buchholz was healthy, he would be going, too.

Ever consider acting? My wife said you would be a good-looking actor with a strong voice!
— Tim McCarthy

Thanks, Tim. Sadly, I have acted in one movie in my career: Fever Pitch. We filmed for three days in Toronto, and I had the pleasure of working with Harold Reynolds and Tim McCarver in the movie. Since then, it’s been my voice only in The Town and in The Heat. 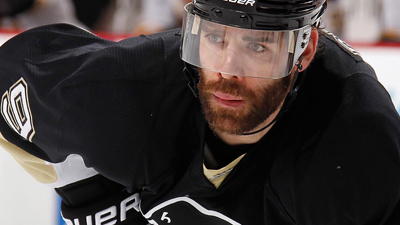 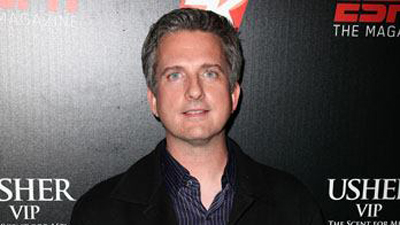 Bill Simmons Tweets That Wimbledon Is on NBC, When It’s Actually Airing on ESPN