Adrian Gonzalez isn’t taking his treatment in Boston as personally as some players are.

While Carl Crawford greeted this weekend’s Red Sox-Dodgers series with more thoughts about how he doesn’t like how he was treated in Boston, two other members of the massive August deal from last year are looking back at their Red Sox tenure with rosier feelings.

Gonzalez and Nick Punto, who have settled in with a surging Los Angeles, sound like they’re not letting any bitterness linger.

“For the most part, we underperformed last year in Boston, and we didn’t win,” Gonzalez said, according to ESPN.com. “The year before, we won. We just didn’t make it to the postseason at the end. I had a good time.”

Gonzalez was the one player the Red Sox really didn’t want to have to give up in the deal. While parting with his salary helped clear the books for last offseason’s acquisitions, losing him after just less than two seasons was disappointing for a team that had finally filled its hole at first base. Gonzalez also had a shorter negative track record among fans than Crawford and Josh Beckett, who had both worn out their welcomes by the time they were dealt. Gonzalez never quite fit into Red Sox Nation, but he was still producing, and he showed a willingness to help out as the team dealt with injuries throughout last year.

Gonzalez’s time with Boston was most notably marked by the team’s late-season collapse in 2011 and a 2012 season that never got off the ground amidst infighting and turmoil under manager Bobby Valentine.

Gonzalez told ESPN.com he wasn’t surprised that the Red Sox are doing well again this season, saying he expected Boston’s core of Dustin Pedroia, David Ortiz and a strong pitching staff to keep the club hungry.

“Then, put solid players around them, they should have success if they play up to their abilities,” he said.

“Pedroia is the heartbeat of that club, and when he’s not happy, it’s not a good thing,” Punto said. “He was definitely not very happy.”

“It definitely was one of the best things that ever happened to me in my life to be traded over here,” Crawford said. “You make $20 million, but it’s not like they’re begging me to hit a home run every time I go up there, you know what I’m saying? It’s not like I need to go 5-for-5 every at-bat and, if I don’t, I’m considered the worst person the planet.”

Gonzalez and Punto may be running in different circles than Crawford when the Dodgers meet up with the Red Sox on Friday night. 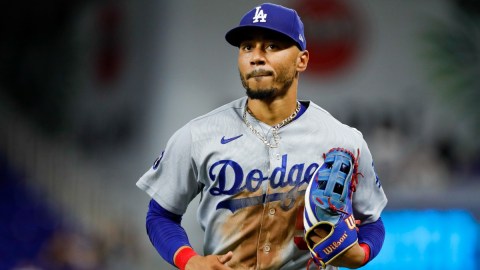 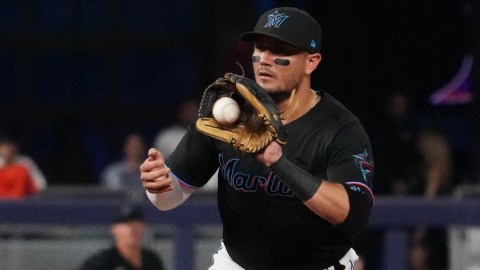