Craig Breslow's Importance No Longer Flying Under Radar and Other Red Sox Notes From Game 4 of ALDS - NESN.com Skip to content Three wins down. Eight to go.

The Red Sox grinded out a 3-1 victory over the Rays in Game 4 of the ALDS on Tuesday to secure a spot in the ALCS. Boston now sits eight wins shy of a World Series title — something that seemed a long way away at the conclusion of the Red Sox? dismal 69-93 campaign in 2012.

The Rays jumped ahead 1-0 in the sixth inning of Tuesday?s Game 4, but the Red Sox — in their usual resilient fashion — pushed across two runs in the seventh inning. Xander Bogaerts, who entered the game as a pinch hitter for Stephen Drew, scored the first run on a wild pitch by Joel Peralta, and Jacoby Ellsbury scored the second run when Shane Victorino hustled out an infield single. The Red Sox added one more run in the ninth inning when Dustin Pedroia connected on a sacrifice fly.

It wasn?t a pretty win, but who cares, really? This Red Sox team has had plenty of dramatic moments, but they?ve also had a ton of ugly, hard-fought victories in 2013. In fact, the Red Sox? ability to win games in a number of different ways is part of what makes them so dangerous.

The Rays were certainly a worthy adversary, but the road should only get tougher from here. The ALCS is going to be a battle, regardless of whether the Red Sox play the Athletics or the Tigers.

Before we go any further, let?s unload the notebook for Game 4 of the ALDS.

Victorino was drilled an American League-high 18 times during the regular season. Only Cincinnati?s Shin-Soo Choo (26) and Pittsburgh?s Starling Marte were hit more frequently.

?Part of getting hit is part of the game,? Victorino said after Tuesday?s game. ?People say I’m close to the plate, I crowd the plate. Hey, it is what it is. And I know those guys aren’t doing it for any apparent reason. They’re trying to make their pitches and execute their pitches. So be it that I’m getting hit. It’s one of those things.

?And it depends, I’m going to go out there and try to be ready to hit. And if it hits me — I don’t want to get hit, trust me, it doesn’t feel good. Whatever it takes to win a ballgame. It’s being the guy at the top of the lineup for the rest of the guys.?

Peavy gave up one run on five hits in 5 2/3 innings. He struck out three and didn?t walk anyone while throwing 74 pitches (49 strikes)

?It would be a shame if Jake’s start was overlooked,? reliever Craig Breslow said. ?He was in total control, dominated at?bats. Got ahead, was unbelievably efficient. Probably had a chance to go very deep in that game. Really important for him to match zeroes with kind of the army of guys that they were running out on the other side. Jake’s been a big-game pitcher his whole career. Emotionally driven. And we knew we were going to get everything he had. And he probably had some more.?

Maddon emptied his bullpen and used nine pitchers before all was said and done. That?s an MLB postseason record for a nine-inning game.

?Hey, it’s do or die, whatever it takes,? Victorino said. ?And obviously Joe was prepared for that.  Obviously, early in the game by pulling Hellickson. We didn’t score any and they executed, but again we were able to pull the win off.”

So what then for Game 5?

?It would have looked a lot like Game 4,? Maddon said after his team’s loss. ?Without winning a Game 4, there is no Game 5. So you just would piece it together after that in a similar fashion. We did the same thing earlier against Oakland, where the bullpen did a nice job. If you have a sturdy bullpen, which we do, there would have been a day off, so I thought by game time Thursday we would have been fine by then.?

?He’s been, I don’t want to say an unsung hero, but he’s flown under the radar most of the year,” John Farrell said. “And next to Koji, he’s a very dependable reliever. But when he comes out and gets the strikeout of [James] Loney [in the sixth inning], and he goes through the next inning with the three strikeouts, a huge performance on his part to bridge to both Junichi and Koji as we finish that out.?

Breslow, who received the win Tuesday, appeared in three games in the series and pitched 3 2/3 innings. He didn?t surrender a run, allowed two hits and walked one. It’s safe to say that Breslow might be Boston’s most underrated player, and it’s nice to see him start getting some extra recognition for his efforts.

?My goal was just to get guys out. It wasn’t to strike guys out,? Breslow said. ?Coming in with two outs, knowing if I get the hitter out. And knowing where we were in the lineup when I went back out for that second inning, it was the heart of the order, pretty dangerous guys. Trying to keep the ball on the ground as much as I could. And for whatever reason tonight, I was able to get ahead. And before the ball was put in play I was able to get in strikeouts.?

Tazawa appeared in all four games of the series and tossed 2 1/3 scoreless innings. That?s very encouraging given that he struggled down the stretch, particularly with his splitter, after dominating earlier in the season.

Bogaerts also led off the ninth inning with a walk and came around to score an insurance run when Dustin Pedroia delivered a sacrifice fly to right field.

?For a young guy that’s been sitting for quite a while, obviously, he showed tremendous poise and almost ice in his veins and scored two runs of the three we had tonight,? Farrell said. 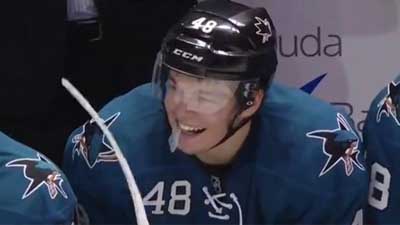