One of the biggest differences between the Red Sox and the Detroit Tigers in the American League Championship Series was that Boston had the better bullpen for the entire series.

That was thanks in large part to Koji Uehara. The Red Sox closer was absolutely sensational in the ALCS, and it was only fitting that he was on the mound when the Sox won the pennant. He struck out Jose Iglesias in the ninth inning to end it and send the Red Sox to their first World Series since 2007.

Uehara ended up working six scoreless innings in the championship series on his way to three saves. He allowed just four hits and struck out nine hitters in those six innings of work. In two of those outings Uehara worked more than an inning including 1 2/3 hitless innings in Game 5.

The Boston closer is now sporting a 1.00 ERA for the entire postseason with 13 strikeouts in his eight appearances. 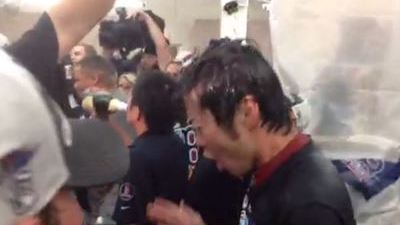