Patrick Roy Raves About Patrice Bergeron, Calls Bruins Center 'One of the Best in the League' - NESN.com Skip to content Patrick Roy knows what Patrice Bergeron is all about, and like many in the hockey community, the Hall of Famer is a fan of the Bruins center.

Roy will get a firsthand look at Bergeron on Thursday night when the Bruins host Roy’s Colorado Avalanche at TD Garden. The new Avs coach has plenty of admiration for what Bergeron does not only as a player, but for the way he carries himself as a person.

“It’s easy to appreciate Patrice Bergeron,” Roy said, according to the Bruins’ website. “He’s been so good for the Bruins over the years. He’s a great two-way player and he’s bringing a lot on the table for them and that organization, there’s no doubt about it.”

Bergeron is a Quebec native, so he and Roy are somewhat intertwined. Bergeron grew up no doubt seeing Roy excel as a member of the Montreal Canadiens. The two also came in contact last year during the NHL lockout. Roy was coaching the Quebec Remparts of the QJHL at the time, and Bergeron worked out with the club while waiting to get back to work.

“He came a few times and he helped — you know what, he didn’t want to be there because of the lockout situation, but at the same time, he was so nice to our players,” Roy said. “He’s such a generous player, gave his time, helped the centers to work on their faceoffs.”

“He’s one of the best in the league.”

That’s a sentiment that’s widely agreed upon across all of the hockey world. 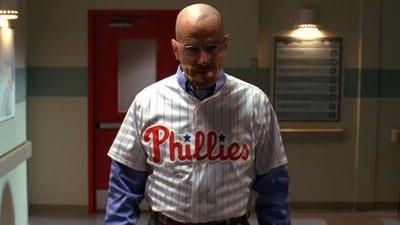 What Time Does Game 1 of the ALCS Start?