Update, 3:28 p.m. ET: The Bengals have sold out their game, so Cincinnati also will avoid a local TV blackout

Fans in Green Bay, Cincinnati and Indianapolis will be able to watch their NFL teams on television this weekend, thanks to some last-minute help from local corporations.

The Green Bay Packers and Indianapolis Colts entered Friday needing to sell thousands of tickets for their wild-card playoff games against the San Francisco 49ers and Kansas City Chiefs, respectively, to avoid local TV blackouts. The Bengals avoided a blackout of their game against the San Diego Chargers thanks to Proctor & Gamble and its brands Tide, CoverGirl, Bounty and Gillette — all official products of the NFL.

?On behalf of the entire Bengals organization, I want to thank Procter & Gamble and Kroger for their great leadership, helping the team and Cincinnati region get the game sold out and on television for everyone,” Katie Blackburn, Bengals executive vice president, told Bengals.com. “Through the efforts from many of our business partners and fans across the region who stepped forward to buy tickets, our team is sure to have a great home-field advantage Sunday.”

Green Bay’s situation was especially dire, as nearly half of the seats at 80,750-seat Lambeau Field were unsold at the beginning of the week. The game is expected to be one of the coldest in NFL history, with wind chills dropping as low as 30 degrees below zero.

The Packers and Colts achieved sellouts shortly before the Friday deadline. Meijer, a Midwest-based department store chain, bought the final 1,200 Colts-Chiefs tickets — Colts owner Jim Irsay said the corporation will donate them to military families — and a slew of corporate partners, led by Green Bay-based Associated Bank, joined forces to ensure the 49ers-Packers game would be a sellout.

?We?re very thankful to Packers fans, and our partners led by Associated Bank, for ensuring Sunday?s game will be sold out,? Packers president/CEO Mark Murphy said in a statement. ?A unique season and other factors contributed to having tickets available, but with the support of our fans and partners, we?re looking forward to a great atmosphere Sunday at Lambeau Field for the playoff game against the 49ers. We also know fans around the state will be able to enjoy the telecast.? 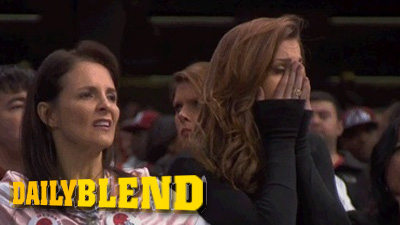