FOXBORO, Mass. — Devin McCourty is the New England Patriots’ All-Pro safety and defensive captain, but even he’ll admit that Steve Gregory is the brains of the operation.

McCourty and rookie safety Duron Harmon each praised Gregory this week as the smartest player on the Patriots’ defense. McCourty said it spontaneously Wednesday after being asked about the different roles at the position.

“I mean, Steve?s the smartest guy, I think, on our defense,” McCourty said. “I think his knowledge passes throughout the whole room. Guys know where to go, whether it?s extra DBs out on the field or just our base defense as well.”

Gregory’s knowledge has helped Harmon seamlessly adjust to the Patriots’ complex defense. Harmon was asked to play in Gregory and McCourty’s roles during the season as both players dealt with injuries.

“His understanding of the game, he sees stuff before it even happens, just by formation or the way a receiver releases,” Harmon said Thursday. “It?s amazing. Really, when you sit there and you watch him and you see him jump something that you had no idea was even coming.”

Harmon has proven he can play in the box, in Gregory’s typical role, and back deep, where McCourty usually lines up. But what’s nice about all three players is that they can adjust based on what the opposing offense throws at them.

“We all know what spot we?re in, but it won?t matter sometimes if I?m in a spot that Steve?s in usually or that Steve?s in a spot that I?m in,” McCourty said. “When we get out there on the field, I think that?s been the great thing is any safety that?s gone in, we all know the defense. So we?ve just been able to be in spots and play from there. I think that will help our defense a longer ways than one guy can only do this, one guy can only do that. We just go out there and play and we?re able to adjust to different things that teams do within the game or sometimes within that one play, if motion or anything happens.”

Gregory might be the smartest player on the Patriots’ defense, but McCourty and Harmon aren’t dummies. McCourty successfully switched from cornerback to safety thanks to his smarts, and Harmon came in and immediately moved up the depth chart as a rookie. He was playing behind McCourty and Gregory in training camp.

Gregory made that switch from cornerback to safety when he was coming out of Syracuse University. Gregory said Friday it was “cool” to hear McCourty and Harmon’s praise, and he’s happy to help out.

“I just try to pass on as much knowledge as I can,” Gregory said. “I feel I have a good grasp of things we’re trying to do. If I can help those guys out as much as I can, I try.”

McCourty and Harmon’s relationship started far before the rookie was taken No. 91 overall by New England in the 2013 NFL draft. Harmon was a freshman at Rutgers when McCourty was a senior. McCourty has kept in touch ever since.

McCourty said he’s proud of the strides Harmon has made this season, not only as a defender but as a communicator.

“I think the biggest thing for him is when you see a young guy in there and he?s doing all the little things, communicating, getting guys ready, getting guys in position,” McCourty said. “I think that?s key. Him being able to play and do different things, I think that?s a lock, we know he can do that. It?s good to see him out there, making the checks and doing the right things on the field to get everyone else lined up.”

“It helps me a lot because not only does it help me on the field, but sometimes he?ll tell me exactly what?s coming, but then I get to just learn from him and ask him questions. ‘What did you see there. What made you react that way?’ He?s such a great leader because he just helps me, sits me down, he?ll talk to me. I?m just happy that he?s on my team and can help me grow.”

New England had some rough years at safety before McCourty made the switch and Gregory and Harmon came on board. The Patriots are well past that now, though, as McCourty made the All-Pro second team Friday and the team’s pass defense has improved over the past three years.

McCourty gets the praise, but his job would be much more difficult if he didn’t have quality players next to him. 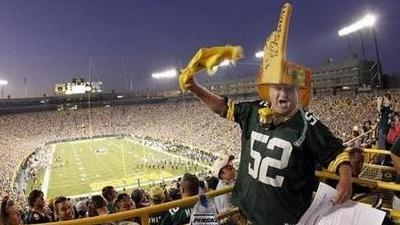