The United States women’s hockey team came close to winning a gold medal at the 2014 Winter Olympics on Thursday in Sochi. How close did they come? Quite literally within inches.

The Americans had to settle for yet another silver medal after dropping a 3-2 heartbreaker to Canada. However, they were certainly in position to win the game late.

Team USA held a 2-1 lead with about a minute and a half to play in the third period with a faceoff coming in the American zone. With the Canadian net empty, the American skaters worked to at least clear the zone. The puck went to the boards where Team USA’s Kelli Stack and Canada’s Catherine Ward chased after the puck. For some reason, the linesman got too close to the play and ended up getting in Ward’s way. That allowed Stack to chip the puck down the ice.

The puck rolled down the Olympic-sized sheet seemingly destined for the back of the empty net. If the puck went in, the Americans would take a likely insurmountable deficit late in the game. The hockey gods had other ideas apparently. The puck just barely moved and ended up hitting the post and bounced to the side of the net. Canada was able to rush back and be the first on the puck.

Moments later, Marie-Philip Poulin tied the game and eventually won it in overtime.

While the bad bounce and eventual hit post was a crushing bit of drama for American fans who saw the puck going in the whole way, Stack knew that her clearing attempt wasn’t going to result in a goal. 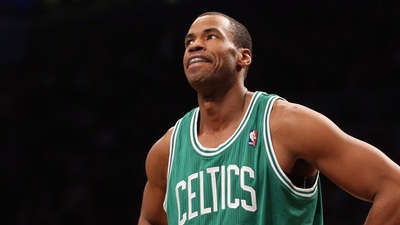 Jason Collins Worked Out With Nets, Could Sign 10-Day Contract