The New England Patriots have been quiet this offseason.

While the Patriots have had exclusive negotiation rights with their free agents, it seems they have had very little contact with Aqib Talib, LeGarrette Blount, Ryan Wendell and even Julian Edelman — whom they finally reportedly contacted Thursday.

That might mean the Patriots think their free agents will demand too much money and the players (and their agents) will come back down to earth once they start talking to other teams.

Patriots fans had plenty of questions about potential offseason acquisitions in this week’s mailbag. Find out which players could be coming and going.

How serious is the possibility of Darrelle Revis coming to the Patriots?
—@yaunti

Not very serious or likely. Sorry to throw cold water on all the Patriots fans desperate to stick it to the New York Jets.

If Revis didn’t have a monstrosity of a contract, it would be more likely. But he’s due $16 million per season for the next five years. That’s crazy money.

My buddy Ben Volin of The Boston Globe did a nice job detailing how the Patriots could turn Revis’ 2014 salary into bonus money, lowering his cap hit for 2014 but raising it for the remaining years of his contract. Whatever money the Patriots would turn into a bonus would become dead money if he’s cut, which he almost certainly would be if his salaries from 2015 to 2018 are raised past $16 million.

And therein lies the problem.

Revis is better than Patriots free agent cornerback Aqib Talib, but if the two players are going to cost the same amount in 2014, the smart move is to sign Talib and keep the first-round pick. Talib is more of a risk, but if he gets the same exact contract as Brent Grimes (four years, $32 million, $16 million guaranteed), Talib would have the same $8 million in dead money as Revis if he’s cut after one year.

Regardless of if Aqib Talib is retained by the Patriots or not, would Bill Belichick consider bringing Brandon Browner in on a one-year deal?
—@BDrews_701

Belichick likely would consider it. He did trade for Talib when he was in the middle of a four-game suspension.

I’m just not sure how good Browner will be once he comes out of the Seattle Seahawks’ defense, however, and a scout I talked to last week voiced the same concerns. That defense is built to lessen the limitations of bigger, slower players like Browner.

If Talib walks, the Patriots could sign Browner and spend top dollar on a safety, which would give the oversized corner protection over the top and free reign to be physical at the line of scrimmage.

Do you think Jared Allen would think about coming to New England? (If Belichick wants him, that is.)
—@jonofbruce

Allen said Wednesday that he wants a chance to win, a good organization and a fair contract. The Patriots can give him at least two of those three demands.

Allen is among the most likely free agents to come to the Patriots. It just depends on if he is willing to sign with a team for whom he likely won’t be an every-down starter.

What is the key need to be filled via the draft, and then via free agency?
—@AnthonyCurtis68

This is a good question, because they are different. I think the biggest need to be filled via the draft is tight end. This is a good tight end draft class and a weak tight end free agency group.

The biggest need to fill in free agency is at defensive end. The Patriots need a player who can rotate with Chandler Jones and Rob Ninkovich who can play right away.

What two Patriots — not just current — would you pair up for a season of “True Detective”?
—@NEPatriotsDraft

Here are my top five choices, in reverse order: This would make a fantastic buddy cop series.

This show would be full of nothing but incredible quotes.

I think Rusty Benson needs a TV show regardless of what it’s about. 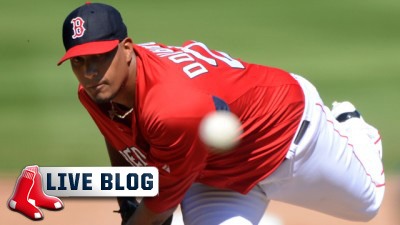 Brandon Spikes: Patriots And I Could ‘Benefit From A Fresh Start’