Logan Ryan, Jamie Collins Among Patriots Destined To Break Out In 2014 (Mailbag) - NESN.com Skip to content Jamie Collins and Logan Ryan will allow the New England Patriots to have some flexibility in the 2014 NFL draft.

Since Collins can be a pass rusher or coverage linebacker, the Patriots will have many options when making their picks. They can take the best available linebacker or defensive end and use Collins in the other role.

Ryan can play safety or cornerback, which lessens the Patriots’ needs in the draft.

This week’s mailbag is heavy on the Patriots’ 2014 draft picks.

Is Jimmie Ward a possibility in the first round, or are the Patriots sticking with Duron Harmon and Logan Ryan at safety?
–@domilang91

If the reports that the Patriots are moving Ryan to safety are true, they should be set at the position. There would be healthy competition among Ryan, Duron Harmon and Adrian Wilson for the starting safety role next to Devin McCourty. Tavon Wilson has been a disappointment as a second-round pick, but he’s adequate depth at the position.

Tight end is a clear need, but what kind of player do you see the Pats acquiring or drafting? More of a receiving tight end?
–@JessHaberman

The Patriots likely will look for another balanced tight end like Rob Gronkowski, since they’re looking for insurance for their starter. The days of a two-tight end offense likely are over, unless Eric Ebron somehow falls to the Patriots’ first-round pick.

Players like Troy Niklas, C.J. Fiedorowicz and Austin Seferian-Jenkins all are possibilities. The Patriots still could run two-tight end sets with Gronkowski and one of those players, but it wouldn’t be the “base” offense.

Jace Amaro, who has been mock drafted to the Patriots since the season ended, isn’t the best fit because New England still would have to draft or sign another tight end who can block in case Gronkowski gets injured again. Amaro wasn’t asked to block at Texas Tech.

Why was Mel Gibson allowed to have long hair in that film?
–@jdafonte127

Guys, when I ask for Patriots questions, I mean the NFL team, not the Mel Gibson movie.

What position could the Patriots target in the draft that’s unexpected?
–@Abdullah12

Nothing should be surprising at this point, and a case could be made for every position.

Quarterback: Ryan Mallett’s contract runs out after this year.

Running back: Stevan Ridley, Shane Vereen and Brandon Bolden are in contract years. The Patriots could use another running back who can catch out of the backfield.

Wide receiver: If the Patriots think they can draft a player better than Dobson, they will.

Tight end: One of the team’s biggest needs.

Guard: The Patriots could draft a player to push Dan Connolly and Cannon.

Defensive tackle: Even with Vince Wilfork back, there’s plenty of uncertainty at the position.

Cornerback: If Ryan moves to safety, the Patriots will need another corner.

Safety: If Ryan doesn’t move to safety, the Patriots could draft someone to push Harmon.

Biggest candidate on the Patriots’ roster for a big breakout year?
–@BOwens31

Here are my top three candidates:

Logan Ryan: Ryan will be a playmaker whether he’s playing cornerback or safety. The Patriots got an absolute steal when they drafted Ryan in the third round, and he should only improve in his second season.

Jamie Collins: Whether Collins is used as a coverage linebacker, a third-down pass rusher or a combination, he should be able to build on his impressive performances against the Buffalo Bills and Indianapolis Colts last season. My take: He should play strong side linebacker in the “regular” defense and defensive end in sub packages.

With the new additions in the secondary, what do you think will be the biggest change to the overall defensive scheme, style-wise?
–@AverageJoe1993

The additions of Brandon Browner and Darrelle Revis, and even the possibility of moving Ryan to safety, can allow the Patriots to be more aggressive on defense. They also can stack the line a little bit more — and that might mean more 3-4 sets — against the run.

The Patriots should be pretty well covered with Revis on the opposing team’s No. 1 receiver and with Browner and either McCourty or Ryan helping out on the No. 2. The Patriots have good blitzing linebackers in Collins, Jerod Mayo and Dont’a Hightower. They could see increased work this year, especially if the Patriots can get a cover linebacker in the draft. 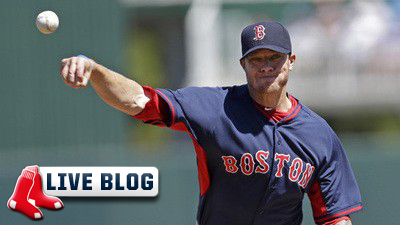