The Boston Bruins added another defenseman in the final minutes before the NHL trade deadline.

Meszaros, a 28-year-old Slovakian native, has played 38 games for the Flyers this season, tallying five goals, 12 assists and a plus-1 rating while averaging 17:22 of ice time.

The nine-year veteran will add depth to a Bruins D-corps that has been hit hard by injuries, the most notable being the loss of top-pairing defenseman Dennis Seidenberg for the rest of the season.

Meszaros also is a familiar face to Bruins captain Zdeno Chara, as the two blueliners have been Slovakian teammates at each of the last three Winter Olympics and also played together during the 2005-06 NHL season, Chara’s last with the Ottawa Senators.

The trade came a few hours after the Bruins claimed another defenseman, Corey Potter, off waivers from the Edmonton Oilers.

Jared Allen On Free Agency: I Want A Chance To Win And ‘A Fair Contract’ 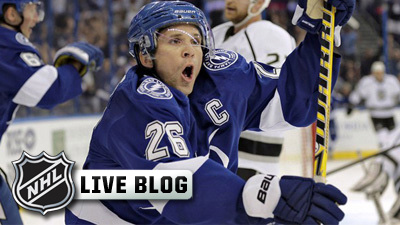