The 2014 NFL draft is less than a month away, and the Houston Texans still appear undecided with how they will use the No. 1 overall pick.

It seems there isn’t a consensus about who is the best quarterback in the 2014 draft class. The Internet draft scouts love Teddy Bridgewater, but NFL teams seem to be worried about his size and potential. There are four first-round quarterbacks in this mock draft, and the Patriots aren’t one of the teams drafting a signal-caller.

Check out which pass rusher the Patriots could take No. 29 overall next month as NESN.com rolls out its latest mock draft.

The Texans need a quarterback, but head coach Bill O’Brien will know if one is worth the first overall pick. It doesn’t sound like a signal-caller is worthy of going No. 1, so Houston will take the best player in the draft.

The Rams have had a difficult time finding a No. 1 wide receiver for quarterback Sam Bradford. Watkins is an explosive player who could pair well with last year’s first-round pick, wide receiver Tavon Austin.

Jaguars head coach Gus Bradley learned from Seattle Seahawks head coach Pete Carroll that a team never can have too many pass rushers. Mack can play linebacker in the base defense and defensive end in sub packages.

The Browns already have left tackle Joe Thomas, but Robinson can solidify the line from right tackle or guard. He has exceptional upside and an already high floor.

The Raiders traded for quarterback Matt Schaub, but he can’t be the team’s plan for the future. If Manziel is available, the Raiders might need to pull the trigger.

There’s not a No. 2 receiver to be found on the Bucs’ depth chart. There’s No. 1 wideout Vincent Jackson and a bunch of No. 5s. Evans, who’s 6-foot-5, would be huge (literally) for Tampa Bay.

A team with Matt Cassel and Christian Ponder as the only quarterbacks on the roster needs to draft a signal-caller. Bortles has a ton of upside, and Cassel can play until the young signal-caller is ready.

Lewan has tons of upside, but his off-the-field issues have him falling past Robinson and Matthews.

Mosley could drop because of health issues, but based on talent alone, he should be a top-10 pick. We’ll find out in May where he falls off the board.

It’s difficult to predict which cornerback will be drafted first. It could be Gilbert, Darqueze Dennard, Kyle Fuller or Bradley Roby. We have Gilbert filling the void that cornerback Alterraun Verner left when he signed with the Bucs.

The Giants need to add another offensive weapon. They don’t have a lot of talent at tight end with Brandon Myers gone to the Bucs.

The Rams have a lot of talent along their defensive line, but any team could add a player like Donald. He might not be around at No. 13, but if he is, the Rams should scoop him up.

The Bears still help along their offensive line, but their needs on defense are greater. Clinton-Dix could go higher than No. 14, but if two quarterbacks are drafted in the top 10, talented players will fall in the draft.

Pass rusher DeMarcus Ware is gone, and outside linebacker Anthony Spencer remains unsigned. The Cowboys desperately need pass rushers, and Barr has tons of upside at linebacker or defensive end.

The Ravens claim they’re set at right tackle with Rick Wagner and David Mims, but we’re not buying it. Martin would be an improvement over last year’s starter, Michael Oher, who signed with the Titans as a free agent.

Cooks might look slightly redundant with Jeremy Kerley already on the roster, but either player can line up at “Z” receiver. Cooks could be Michael Vick’s new DeSean Jackson.

There’s little buzz around the Cardinals drafting a quarterback in the first round, but they should be looking for one. They had success with Carson Palmer at quarterback, but he threw 24 touchdown passes and 22 interceptions in 2013.

Pryor won’t dazzle anyone with his coverage skills, but he’s a big hitter who can patrol the middle of the field.

Lee had 12 catches for 157 yards and two touchdowns against Chip Kelly’s Oregon Ducks in 2012 and eight receptions for 187 yards and a score in 2011. The Eagles need another top receiver after releasing Jackson.

The Chiefs let Tyson Jackson walk in free agency, and they could use another defensive lineman to rotate with Allen Bailey and Mike DeVito at five-technique defensive end. Hageman has effort question marks but tons of upside.

The Bengals claim they’re trying to extend quarterback Andy Dalton’s contract, but why should they? He’s only an adequate starting quarterback who doesn’t appear to be improving year to year. Carr could be an improvement, and the Bengals are a quarterback away from being true contenders.

The Chargers could use some more beef in the middle of their defensive line. Nix is the best nose tackle in the draft.

The Browns just signed Karlos Dansby to start at inside linebacker, but they could use an improvement over Craig Robertson. Shazier would be key in coverage on third down and in sub packages.

Signing Champ Bailey shouldn’t prevent the Saints from drafting a cornerback. And if Fuller is available, New Orleans should jump at the opportunity to select him.

The Panthers luck out that there’s a first-round wide receiver available at No. 28. Quarterback Cam Newton would love for Carolina to draft him a big wideout.

The Patriots need a third defensive end to rotate with Chandler Jones and Rob Ninkovich. They still would be the starters, but Ealy could spell either player and play defensive end in sub packages with Jones moving to defensive tackle.

Ealy has ideal size for a Patriots pass rusher at 6-foot-4, 273 pounds. His athleticism is top of the line, as well, which he proved by running a 4.6-second 40-yard dash at his pro day and a 6.83-second three-cone drill at the NFL Scouting Combine.

Ealy appears to be moving up experts’ rankings, but there are reports that he could slide out of the first round.

Roby could wind up being a draft bust, but the 49ers need help at cornerback, and Roby is the best player available.

The Broncos filled a lot of needs through free agency, but they lost starting guard Zane Beadles. Su’a-Filo could be a Day 1 starter for Denver.

The Seahawks released defensive end Chris Clemons and missed out on Jared Allen in free agency. Ford would be a perfect fit for the Seahawks’ defense. 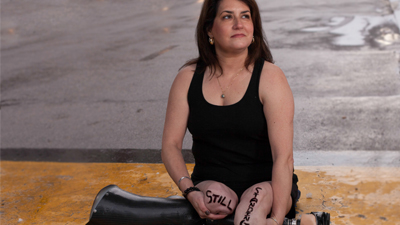 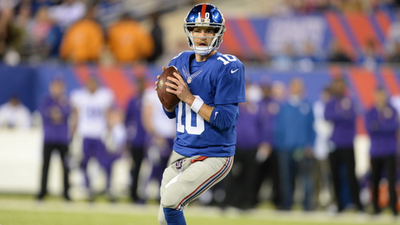 Giants QB Eli Manning To Have Ankle Surgery, Will Be Out Six Weeks